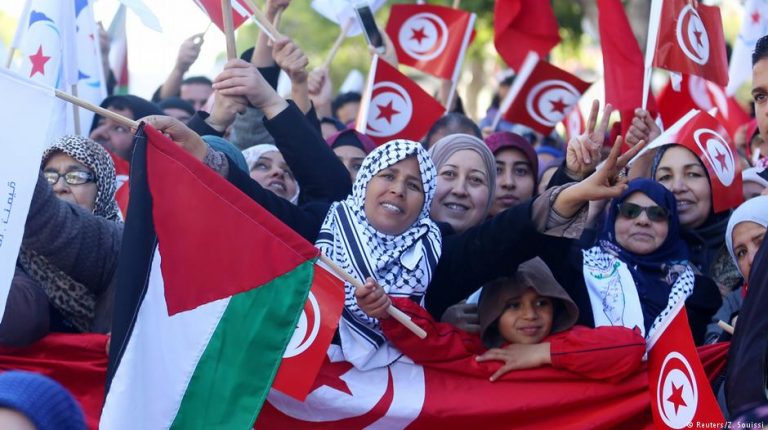 Hundreds of protesters gathered in the Tunisian capital Tunis on Sunday to demonstrate against previously announced austerity measures, commemorating, at the same time, the seventh anniversary of the country’s democratic transition of power.

State security forces set up blockades in front of entrances to Habib Bourguiba Avenue, where many people in Tunis rallied at the site widely associated with the 2011 toppling of the country’s former dictator, according to Reuters.

Tunisian media outlets reported that the Tunisian General Labour Union and several political parties, including the opposition Popular Front alliance, had earlier called for the demonstrations to coincide with the anniversary of the beginning of the Arab Spring.

Last Friday, Tunisian police arrested another 150 people, including some local opposition leaders, as protests against price and tax rises continue to grow in intensity and numbers.

The latest arrests bring the total number of people detained to nearly 800, raising concerns that people are being arrested arbitrarily, according to several human rights organisations.