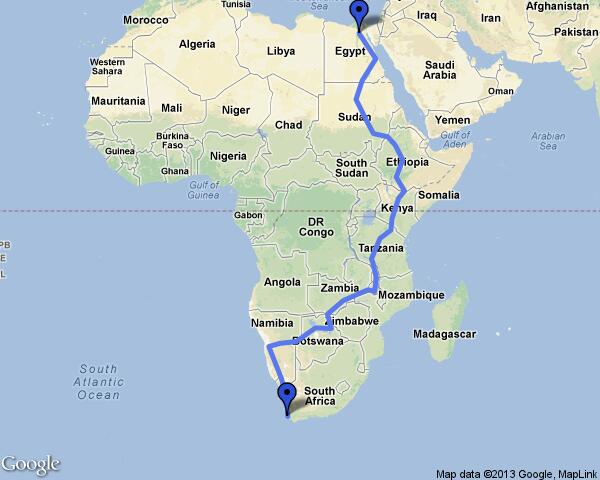 In the wake of the ongoing economic reforms and the need to adopt more sustainable economic strategies, Daily News Egypt interviewed Frederic Sicre, managing director of Abraaj Group. The global institution is investing in growing markets across Africa, Asia, Latin America, and the Middle East, with a total of around $13.6bn worth of assets under its management, and DNE sought to find out his thoughts about how the MENA region can attract further investment and create more jobs, while achieving the sustainable goals of 2030.

Why are many investors hesitant to inject capital into the Middle East and North Africa (MENA), and how can we make the region more attractive?

I think there is no perfect region to invest in. When it comes to the MENA region, investors tend to see the region through the lens of CNN. Other than the facts on the ground, there is opportunity here, but I think we must look at the MENA region as two entities; one is the oil producing countries, and the other is the non-oil producing ones. Oil producing countries have seen the prices of oil going down which forced them to diversify their economy. You can see in Saudi Arabia, with the latest 2030 vision, the reforms that the crown prince is implementing. So, reforms in oil producing countries are on the way. Some like the United Arab Emirates (UAE) have been doing this for a long time.

Then you have the oil consuming countries, they also are undertaking reforms, because subsidies to energy, homes, and electricity are no longer feasible to operate an advanced economy. I guess the Middle East and North Africa region is in a period of transition. There is a lot more investment coming into the region than there was 10-15 years ago. What we need is more success stories, we need the media to talk a lot about such stories.

Following the 2011 revolution in Egypt, Abraaj bought Integrating Diagnostic Holdings (IDH), where we were able to achieve 20% growth per annum, and initiated a listing on the London Stock Exchange. A true success story like this should be highlighted by the media to attract investments. It is very possible to run a successful business, whatever the conditions, as long as you work with the right people. At Abraaj, we always invest at the micro level.

What are the main economic challenges facing the region in your view?

One of the big obstacles to the fact that the MENA region has to create so many jobs is that entrepreneurship is not supported enough. Young Arabs wanting to start their own company find it difficult to access capital, access mentorship, and support. But I think this is changing as well; Egypt hosted “RiseUp” in December, and “Tech Crunch” is coming to Dubai in April. I think there is a movement of young Arabs, that are no longer looking for the government for jobs but want to start their own businesses.

Making sure that these millennials and young people have all the support they need is key.

The Business & Sustainable Development Commission (BSDC) ‘Better Business, Better World MENA’ report, published in December, mentioned that sustainable economies will create 12.4m jobs in MENA by 2030. Is this not a very optimistic number?

I think it is a low number. Do not forget that in the report, those jobs are focused on four sectors only, such as cities, agriculture, energy, and healthcare. So, if you take the 17 sustainable development goals, and the 169 subgoals underneath them, I think that number has the potential to be far larger than it is.

How can the MENA region finance the investment gap needed to achieve such goals?

Different pockets of society have different responsibilities. First of all, let’s look at the governments, conflicts that are spreading in the MENA region are obviously not helpful for attracting investments. So, creating peace and conflict-free areas in this part of the world is of paramount importance. Secondly, governments need to make it easy for people to move people, goods, and services between countries. They need to adapt regulations so that things like train trucks and machines can cross borders without having to change. The whole regional infrastructure needs to happen, which goes back to politics. Morocco and Algeria, for example, are two big countries, yet they do not allow cross-border movement. That means that every investor cannot come and look at the place as a region but has to come and look at each different country individually and that is not helpful.

And I believe that the MENA region has to be very careful, as other regions such as sub Saharan Africa, are gaining a lot of interest and attraction from investors in infrastructure.

Infrastructure is also soft infrastructure such as education and healthcare. Here, I guess we will see a lot more investment in the region, not only in Gulf countries, but also everywhere else. That is another important development. If I were in charge of the economy, I would be talking to the Chinese because of the One Belt One Road Initiative, which is the equivalent of 15 Marshall Plans. So there is going to be a lot of investment in these infrastructures, energy, and transport corridors led by the Chinese, and this is a big opportunity for MENA; reviving the ‘Silk Road’.

We have spoken with the Chinese and they are very interested. they have a strategy in place, they have the capital to spend, so I strongly believe it is an important route for the development of infrastructure.

What about affordable housing, especially when taking into consideration the largely young population in Egypt and the MENA region?

The private sector needs to consider ‘base of the pyramid’ investing, whereby it can provide affordable services to lower-income groups that have not been previously considered due to assumptions about low-profit margins. Cities are key centres for promoting social inclusion and economic dynamism. Affordable housing can provide around one-fifth of the total employment potential in the region; around 2.2m jobs comes from this one opportunity, The MENA region needs at least an additional 3.5m affordable homes, for which demand is expected to increase sharply over the next five years. The greatest shortfall in the region is currently in Egypt, where more than 1.5m additional houses are needed, and the average home price is 18 times the typical annual salary.

To convert such a gap into an opportunity, we will need to act on three broad initiatives. Firstly, by pursuing inclusionary housing development strategies that increase the supply of low-cost housing by giving developers planning concessions in return for providing affordable housing units. Secondly, through adopting more lean construction practices, which lower the building costs by adopting industrial techniques such as prefabricating components offsite and assembling them onsite, and standardising major operations like the structural design and finishing elements. And finally, by implementing low-cost property management, which reduces the cost of running homes, by using techniques that include retrofitting units with more energy-efficient appliances and integrating repair and maintenance services in a one-stop shop.

What are Abraaj Group’s investments in Egypt?

We have a partnership, through our second generation North Africa Fund (ANAF II), with Tiba Group, which is a leading education service provider in Egypt. Tiba operates across three verticals and through seven educational institutions in Egypt, serving approximately 20,000 students. We also formed an education management company that provides management support services to educational institutions in Egypt, in addition to our investment in CIRA, the largest K-12 private schools group in Egypt with over 20 owned and operated schools under the widely recognised ‘Future Schools’ brand. Egypt’s education sector is experiencing rising demand, which is mainly driven by favourable demographics, in addition to a growing aspirational population keen to invest in high quality education for their children. In every academic year, there are over 20 million enrolled students nationwide, 18.3 million of whom are in K-12 schools.

Egypt is strategic market for us in MENA: Rhines