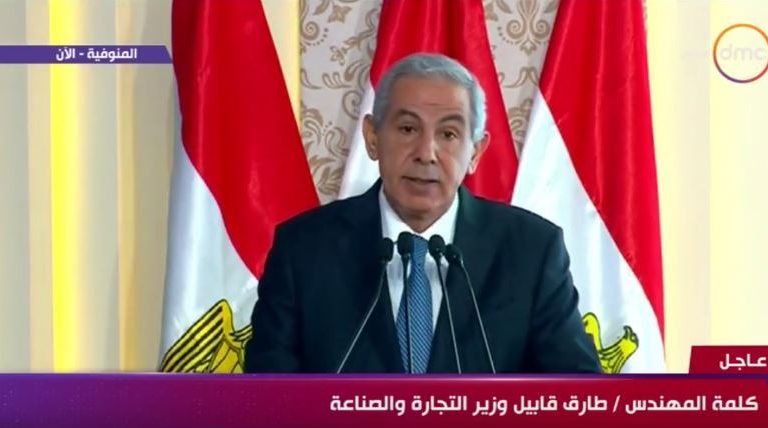 Minister of Industry and Trade Tarek Kabil announced the beginning of procedures for the establishment of the largest textile and clothing city in Egypt on an area of 3.1m sqm in Sadat City, comprising 568 factories with a total paid-up capital of $2bn, which will be pumped over seven years, with foreign investment representing 87% and 13% from local investors.

Kabil added in his presentation, before President Abdel Fattah Al-Sisi, that the city will provide direct  employment opportunities for up to 160,000 workers and technicians with a total annual production value of $9bn.

Kabil added that a Chinese holding company is executing the project.

The minister further pointed out that the land allocation letter was already handed over to the company at the beginning of current week.

The project will be implemented in five phases, beginning in March, where the first phase is planned for completion in 2020 and includes 57 factories with total investments of $230m. The fifth and final phase of the project will be completed in 2024.

“The project comes in the framework of strategic cooperation between Egypt and China and is a great result of the presidential visits of both countries,” Kabil noted. “The project negotiations have begun between the ministry and the Chinese side since May 2017 and reached an agreement on 5 November 2017 to establish a city for the textile and clothing industry in Sadat City.”

Al-Sisi expressed interest for the government to finance 50% of the project’s cost, on the condition of reducing the implementation period from seven years to only one and half.

Kabil pointed out that the number of registered factories in Sadat City amounted to 632 factories with a total investment of EGP 24.5bn in sectors including spinning and weaving, building materials such as iron, steel, ceramics, porcelain, and glass,  as well chemical industries and engineering industries such as electrical appliances and automotive components. In addition, food industry production factories produce final products and intermediary goods.

Kabil added that in 2016 and 2017, additional industrial land was offered in Sadat City with a total area of 6.9m sqm, with expected investments estimated at EGP 7.3bn, expected to provide about 29,000 direct jobs and 120,000 indirect jobs.

He said that the ministry offered 4m sqm of these lands to industrial developers of the private sector.

During the last two years, 79 new factories in Sadat were opened, representing 13% of the total factories opened in the history of Sadat City in the chemical, food, engineering and electronic, and construction materials industries, with total investments of EGP 2.5bn, providing 3,000 direct and 12,000 indirect jobs, according to the minister

The minister said that these sectors played a pivotal role in reforming the trade balance deficit, which peaked in 2015 at $52.7bn.

He pointed out that the government has adopted a number of trade policies which supported the national industry and thus reduced the deficit in 2016 by a total of $7bn and was supported by the liberalisation of the exchange rate at the end of 2016, as the deficit was reduced by another $12.5bn, which gave the industry space to increase production capacity and led to the growth of industrial production at an unprecedented rate.

He added that the construction materials sector contributed significantly to meet the needs of national projects in addition to reducing the balance of trade deficit by $2.9bn. In addition, chemical industries contributed to reducing the deficit by $2.8bn, the textile sector by about $849m, and the engineering industry by $6.5bn, representing about 67% of the total reduction of the trade deficit.