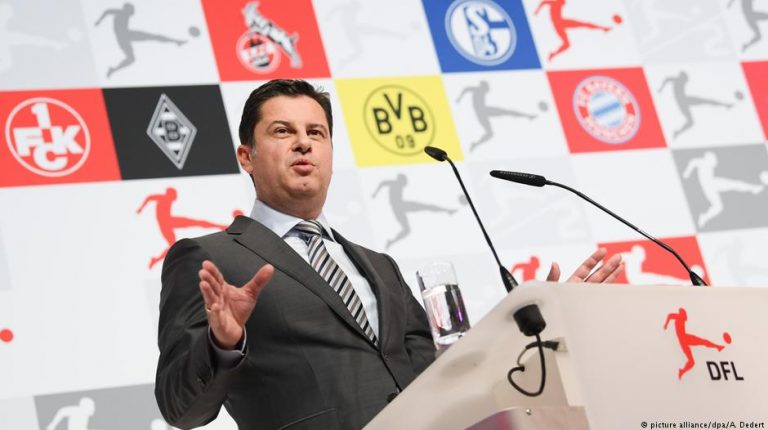 The chief executive of the German Football League (DFL) said 2017 was ‘a year of missed opportunities’. He said German football cannot settle for ‘mediocrity’ after the Bundesliga teams’ failures in Europe this season.The chief executive of the DFL, Christian Seifert, launched a stinging attack of the Bundesliga on Tuesday, claiming teams have fallen short of the levels expected of them in European competition.

Bayern Munich are the only German team to reach the knockout stage of the Champions League this season, and all four teams in the Europa League — Hoffenheim, Hertha Berlin, Cologne and Freiburg — failed to make it beyond the group stage.

Germany’s national team won the Confederations Cup and the European Under-21 title, but Seifert said 2017 was ‘a year of missed opportunities’ and called for increased competition to Bayern Munich in the Bundesliga.

“The Bundesliga has failed to show in international competition that it is one of the strongest leagues in the world,” Seifert told a new year reception in Frankfurt.

Spectators, media partners and sponsors expect a league “that permanently has an intact leading group of several clubs that can compete across Europe and provide exciting national competition,” he said.

Seifert has also called for an “honest debate” on a possible modification to the 50+1 rule to allow more German clubs to compete with Premier League and La Liga clubs.

The rule means that clubs organized as capital companies must hold a 51 percent majority of shares in order to prevent investors from takeovers. A number of club bosses have called for the rule to be abolished.

“Germany is Europe’s strongest economic nation, the German Football Federation (DFB) the world’s largest football federation and Germany reigning world champions, Seifert said. “With these conditions, it can never be our claim to be satisfied with mediocrity,” he added.

“If we want to be competitive, we have to commit ourselves to a certain degree of commerce,” he added.