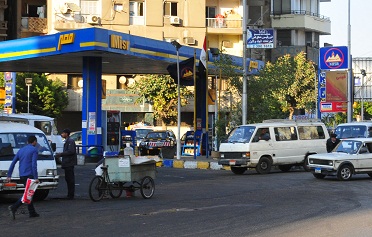 The company also aims to sell about 10m tonnes of petroleum products during 2018/2019, according to a statement from the Ministry of Petroleum.

Fathy added that his company plans to buy 14 aircraft supply units and a bunkering facility for Port Said Port.

This came during the meeting of the General Assemblies of Petroleum Cooperative Society Company (COOP) and Misr Petroleum Company to approve the planning budget for the fiscal year 2018/2019, which was chaired by Minister of Petroleum Tarek El Molla.

Fathy pointed out that the fleet of Misr Petroleum Company has been fully upgraded and equipped with GPS devices.

The company succeeded, at the end of the first half of the current fiscal year, in the initial operation of the latest warehouse for storing, trading, and shipping petroleum products in Badr region, according to Fathy.

He called on the minister of petroleum to give greater support to accelerating the automatic tank gauging (ATG) project.

COOP CEO Samir Rizk said that his company is expecting to sell 11.8m tonnes of petroleum products in 2018/2019.

He noted that his company achieved sales of 5m tonnes in the first half of the current fiscal year, next to 38,000 tonnes of oils and lubricants.

Rizk pointed out that there are new planned projects for the company, including replacing and renewing the tanker cars and buying 24 new vehicles, as well as storage warehouses, next to developing and establishing new petrol stations.

The company owns eight petrol stations serving the Golden Triangle Project. Rizk noted that the company is now studying the road network in the project area in cooperation with the General Authority for Roads, Bridges, and Land Transport.

Ali Fouad Badr, head of Amreya Petroleum Refining Company (APRC), said that his company eyes the distillation of 3.9m tonnes of crude oil to produce 79,600 tonnes of butane, 560,000 tonnes of gasoline 80, 1.14m tonnes of fuel oil, and 332,000 tonnes of naphtha in the new fiscal year.