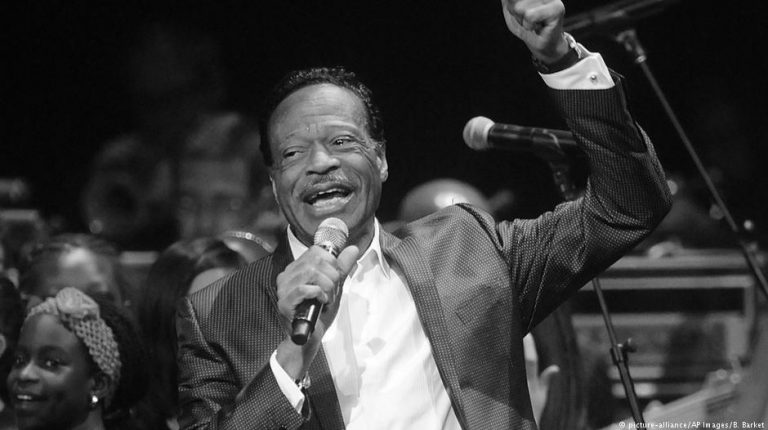 Edwin Hawkins, best known for the hit “Oh Happy Day,” has died in California. He was credited with being one of the founders of modern gospel music.Edwin Hawkins, who helped launch the gospel and inspirational music scene during the turbulent era of the late 1960s and went on to win four Grammys, has died from pancreatic cancer at the age of 74.

A composer, keyboardist, arranger and choir master from Oakland, Hawkins had been performing with his family and in church groups since childhood. In his 20s, he helped form the Northern California State Youth Choir, which released its first album, “Let Us Go into the House of the Lord,” in 1968.

Radio stations in the San Francisco Bay area picked up one of the album’s songs, the call-and-response style “Oh Happy Day,” and a crossover hit was born. Featuring the vocals of Dorothy Combs Morrison, the song was released as a single credited to the Edwin Hawkins Singers in 1969 and sold more than a million copies.

The song would go on to be recorded by numerous other artists, including Elvis Presley, Johnny Mathis and Glen Campbell. George Harrison of the Beatles was said to be inspired by “Oh Happy Day” when he wrote his hit “My Sweet Lord” in 1970.

“Our music was probably a blend and a crossover of everything that I was hearing during that time,” Hawkins said in an interview in 2015. “We grew up hearing all kinds of music in our home. My mother, who was a devout Christian, loved the Lord and displayed that in her lifestyle.”

In 1970, the Hawkins singers won a Grammy for best soul gospel performance for “Oh Happy Day.” Hawkins himself would make dozens of records, winning awards for the songs “Every Man Wants to Be Free” and “Wonderful!” He was voted into the Gospel Music Hall of Fame in 2007.