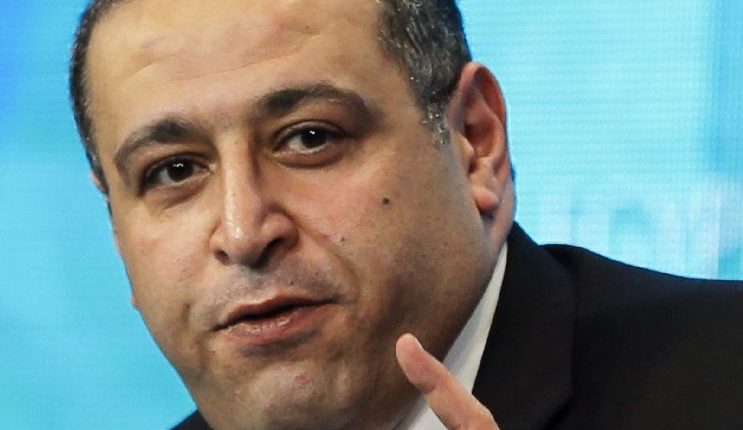 Ashraf Salman, chairperson and CEO of Aur Capital Investment Company, said the Egyptian real estate sector is one of the most attractive sectors for investment and comes in the top five sectors that the company plans to invest in during the coming period, pointing out that the sector contributed 15% of the Egyptian gross domestic product (GDP) during the first nine months of 2017.

At a round table entitled “real estate market challenges and opportunities” held on Tuesday, Salman added that the country has undertaken a number of economic reforms in many sectors, which has contributed to a significant improvement in the domestic economic situation during the past year, which encourages the injection of more investments in the domestic market during the coming period.

He added that the real estate sector achieved a growth rate of 31% during the period from 2011 to 2016, compared to 43% in the first nine months of last year.

During the round table, a number of real estate developers called for turning to new development and investment mechanisms that will maintain the sector’s continuity in the coming period. The most prominent of these mechanisms is launching projects and expanding in new areas besides investing in new cities surrounding the capital.

For his part, Chairperson of Sabbour Consulting Company Hussein Sabbour noted that the real estate market is one of the strongest markets in the region, especially because of real demand and the continued consideration of the sector as a safe haven for investment.

Sabbour pointed out that the high interest rate on deposits in banks recently affected the movement of demand for those who buy for investment in the market.

He added that the cost of implementing real estate projects increased by about 44% after the flotation, which reflects the price increases during the past year.

“The state is the main monopoly on land in the local real estate market, although it has to monitor and supervise the performance of the market and not be one of its components,” Sabbour noted.

He called on the government to give developers the opportunity to connect land with services.

He further demanded decreasing prices of real estate units in the local market.

Darwish Hassanein, CEO of Saudi Egyptian Construction Company (SECON), called for the need to provide investment incentives that encourage developers to invest in Upper Egypt, particularly with the decline in profits in that area.

Hassanein added that his company is implementing a number of projects in Assiut governorate, which did not face any problems that negatively affect investment in the governorate, but on the contrary, it is encouraging for new investments.

He stressed that the idea of partnership is the best solution for the market during the coming period to inject liquidity in the implementation of projects and achieve higher rates of development.

Ashraf Dowidar, CEO of ARDIC for Real Estate Development and Investments, said that real estate investment in the new cities surrounding the capital does not achieve the required balance in the market nor covers the different needs of customers, which necessitates leaving theses areas and expanding in other ones.

Dowidar pointed out that his company went to industrial development alongside real estate development, saying they are two sides of a single coin, adding that the company plans to launch projects in Upper Egypt, which keeps the diversity of its investment portfolio in the region.

“To ensure the real price of land in the local market, the experience of El Mostakbal City should be repeated, and the repetition of the public developer experience, which provides an opportunity for supply and demand on the ground, instead of the current situation,” said Fathallah Fawzy, chairperson of MENA for Development Consultancy.

Fawzy noted that the current national projects implemented by the state, despite their importance, are less than required given the scale of the current population increase and the need for strong investments in Upper Egypt to reduce the volume of migration to Cairo and provide multiple employment opportunities for citizens in the region.

Meanwhile, Tarek El Gammal, chairperson of Redcon Real Estate Development, said that there is a legislative shortfall regarding the establishment of international universities in Egypt, as there is no law for establishing such universities.

He demanded the government to develop laws organising the launch of new international universities in Egypt to complete the urban development of the country and revive the real estate sector.

Head of the Real Estate Investment Division at the Federation of the Egyptian Chambers of Commerce (FEDCOC) Mamdouh Badr El-Din noted that service, commercial, entertainment, and sports projects are an essential nucleus for the speed of development of new cities, which is reflected in the experience of Sheikh Zayed City.

Badr El-Din pointed out that the commercial projects provide the state with annual tax returns equal to the value of the land when purchased.

He added that the provision of land allocated for these activities is limited compared to its developmental importance, especially with the size of employment of these projects, which is not linked to the occupancy rate of citizens within the new cities or achieving the desired development.

“The state does not facilitate the implementation of commercial projects within the new cities,” said Badr El-Din. “The implementation of commercial projects requires an integrated management system to achieve the desired benefit from them. In addition, the provision of basic services needed by clients is one of the mechanisms to attract customers and the development of new cities.”