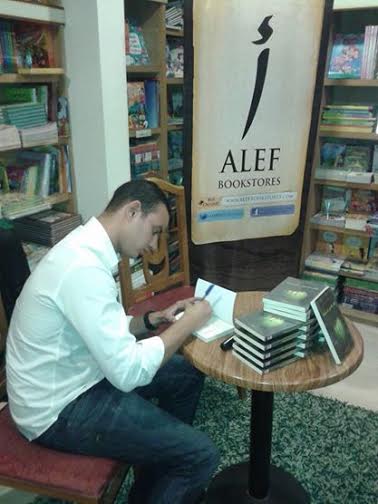 Around 300 women attended a local football match in the Saudi city of Jeddah last Friday, in a historic first for the ultra-conservative Islamic kingdom. Local media reported that women entered the King Abdullah Stadium through a special gate, with female security guards wearing orange vests searching the visitors at the entrance. Many of the female fans wore face paint and colours of one of the two teams, Al-Ahly and Al-Batin. They were seated in the special family section with their male relatives, but segregated from the all-male crowd.

On social media, Saudi women welcomed the step, viewing it as a great victory for their rights. Some men praised the decree believing it is an accomplishment for mutual dignity. “A society with equal rights for men and women breeds mutual dignity,” tweeted a male student.

The kingdom, under the leadership of Crown Prince Mohammed bin Salman, has launched a series of reforms on women’s rights. One of the changes is to allow women to drive cars, a move which is set to take full effect in June.

The arenas set up the “family sections” already used by other venues in Saudi Arabia, but also added women-only prayer areas and restrooms.

Some women had been allowed to watch Saudi National Day festivities at the Riyadh stadium in September last year. Although authorities had made rare exceptions to allow foreign women to watch football games, no such exceptions had been made for Saudi citizens.

In September 2017, a royal decree was issued which promised to give women their right to drive came amid a series of gradual steps undertaken by Saudi Arabia recently, as the historic decision came a few days after opening a sports stadium to women for the first time to take part in the kingdom’s national day festivities.

Analysts forecast that the lifting of the driving ban would also be beneficial to the country’s economy. According to CNN Money, women driving would, at the very least, save money paid to drivers, but also increase women’s presence in the workforce.

For a while now, Saudi Arabia has been pushing for reforms in women’s status issues, including their right to participate in local elections and Olympics.

This also came with the appointment of Fatimah Baeshen as the first female spokesperson for the Saudi embassy in Washington DC.

The driving revolution comes after much struggle and calls by activists, including the persecution of women who took to the wheel.

Women in the country were not allowed to drive and must have a written approval from a designated guardian—a father, husband, brother, or son—to leave the country or work. While there is no written law that specifically bans women from driving, Saudi law requires citizens to use a locally issued license while in the country. Such licenses are not issued to women, making it effectively illegal for them to drive.

A strong US ally, Saudi Arabia is also an absolute monarchy that does not tolerate any form of dissent and applies an austere version of Sunni Islam in which religious police patrol the streets to ensure public segregation between men and women.

The last en masse protest against the ban was held in November 1990 when a group of women stunned Saudi men by driving around Riyadh in 15 cars before being arrested.

The women were provoked at the time by the sight of US female soldiers who were taking part in the first Gulf War, driving military vehicles freely in their own country while they are banned.

The 47 women who took part in that protest were severely punished, with authorities suspending many from public sector jobs and reprimanding their male guardians.

At the start of the 21st century, Saudi women could get personal ID cards for the first time. The cards are the only way for them to prove who they are, for example in disputes relating to inheritance or property issues. IDs were only issued with the permission of a woman’s guardian though, and to the guardian instead of directly to the woman. Only in 2006 were women able to get IDs without permission.

Saudi Arabia banned forced marriage in 2005, but marriage contracts continue to be hammered out between the husband-to-be and the father of the bride, not the bride herself.

Saudi Arabia agreed to allow female athletes to compete on the country’s national team for the Olympics for the first time. One of them was Sarah Attar, who ran the women’s 800-metre race at the 2012 Olympics in London wearing a headscarf. Before the games, there was speculation that the Saudi Arabian team might be banned for gender discrimination if they did not allow women to participate.

2013: First women in the Consultative Assembly

In February 2013, King Abdullah swore in the first 30 women to the Shura Council (Consultative Assembly of Saudi Arabia). This allowed women to be appointed in those positions and soon after, they were allowed to actually run for office.

In Saudi Arabia’s 2015 municipal elections, women were able to vote and run for office for the first time. By contrast, New Zealand was the first country to give women the right to vote, in 1893. Germany did so in 1919. In the 2015 Saudi elections, 20 women were elected to municipal roles under the absolute monarchy.

2018: Women will be allowed to drive and are allowed in stadiums

On September 26, 2017, Saudi Arabia announced that women would soon be allowed to drive. Starting June 2018, they will no longer need permission from their male guardian to get a driver’s license and will not need their guardian in the car when they drive.