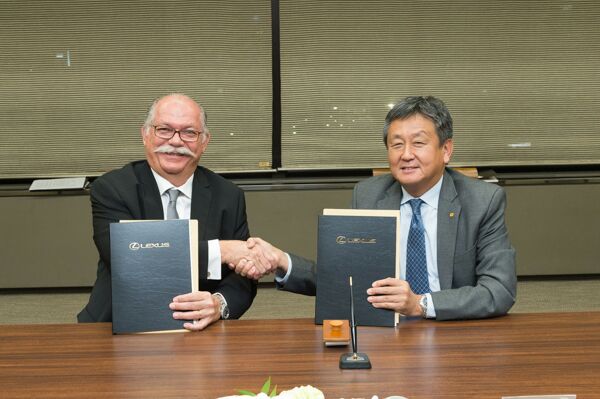 Toyota-Egypt signed an agreement with Lexus, the luxury vehicle division of Japanese car maker Toyota, to be the official distributor of Lexus cars in the Egyptian market starting from the beginning of 2018, after Egypt was named among the best car markets in the region.

“There is tense competition in the Egyptian car market, but Lexus, with its great potentials, will rearrange car market shares,” said Ahmed Monsef, CEO of Toyota-Egypt, after signing the Lexus distribution contract in Egypt.

He added that Lexus, with its various models, will be an influential and powerful addition to the automotive market in Egypt, which comes in the framework of Toyota-Egypt’s efforts to provide various models to meet the needs of different segments and customers in Egypt.

The General Authority for Investment and Free Zones (GAFI) has 65 Japanese companies with issued capital estimated at $303.2m, besides $500m investments in petrochemicals industries. According to GAFI, there are 18 Japanese companies operating in the industrial sector, 26 in the service sector, three in the finance sector and nine in the construction sector, in addition to a number of other companies in the ICT, agricultural, and tourism sectors.