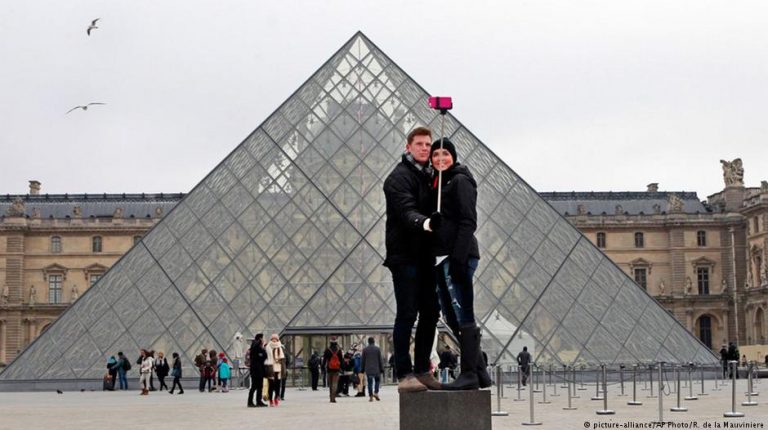 On January 17, museums around the world are embracing the selfie as the #MuseumSelfie trend takes over social media.Years ago, concerns about the damage to priceless works of art led museums to forbid visitors from taking photographs. While most still have a ban in place on using cameras with flash, the world’s turn toward documenting every experience digitally has made many museums ease the rules about snapping pictures once inside. After all, these institutions can benefit from the added publicity brought to them by visitors posting on Instagram and other social media platforms.

Drawing on that documentary trend, Museum Selfie Day was initiated five years ago by Mar Dixon, who runs the Culture Themes website. The awareness-raising scheme has people the world over posting selfies on January 17 under the hashtag #MuseumSelfie to show their affection for a museum.

What that selfie should look like is entirely up to the photographer; it can be a shot of a museum ticket stub, include artworks or dinosaur bones or shiny automobiles in the background, or show a person standing outside the museum’s entrance. The only caveat is to leave the selfie stick at home, as many museums have banned the device out of fear that they will disturb other visitors or might damage works of art.

Museums and historical societies the world over have joined in on the campaign in 2018 – from England’s Historic Royal Palaces to the Krasnoyarsk Regional Museum of Local Lore in Russia to the Foundation for Prussian Castles and Gardens, Berlin-Brandenburg. Museums in Athens are taking part for the first time this year, with the Benaki Museum there setting up specially designated “selfie spots” inside.

The trend, initially embraced by celebrities including Beyonce and Jay-Z, has been highly beneficial for the museums taking part, with some noting a substantial uptick in visitors. In Bathurst, Australia, museums manager Janelle Middleton has already told theWestern Advocate newspaper that she expected the number of visitors to five of the city’s cultural institutions to double in 2018 as compared to last year on the same day.

While the initiative is voluntary, with nearly 2.5 million selfies uploaded to social media every day, a good museum selfie will likely not be hard to come by.