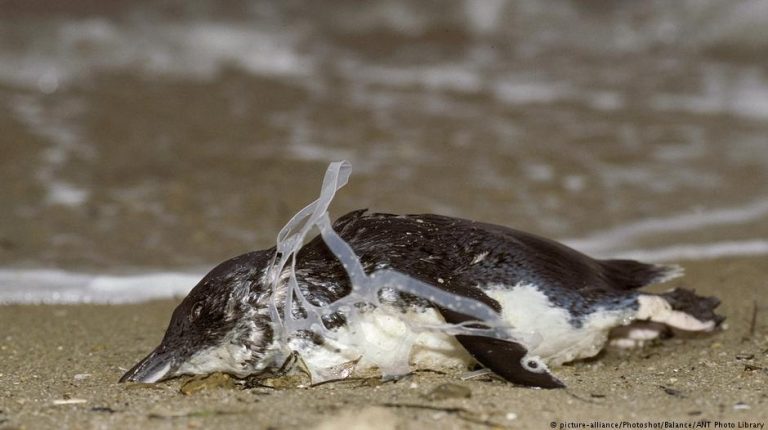 On the heels of the EU plastics strategy, which includes making plastic packaging recyclable by 2030, DW spoke with the environment minister of Sweden, who has pushed for stronger measures to manage plastic waste.The first-ever Europe-wide strategy on plastics was adopted Tuesday as part of the European Union transition toward a circular economy. Among it main thrusts are that all plastic packaging on the EU market should be recyclable by 2030; that the consumption of single-use plastics shall be reduced; and that the intentional use of microplastics will be restricted.

DW discussed the newly adopted strategy with her, along with the next steps in fighting plastic pollution.

DW: You sent a joint letter asking for ambitious action ahead of the EU plastics strategy decision. What were your main points?

Karolina Skog: We mainly asked for concrete measures on plastics. We asked for actions against microplastics, for stronger responsibility on the ways plastic is exported out of the EU, and for strong measures to get packaging reduced and easily recyclable.

Have you seen your requests fulfilled with this new strategy?

All the issues that we have raised from Sweden within this letter, and in other circumstances, are present in the strategy. For instance, there is some action planned against microplastics, which is very good. But we had hoped for more concrete action and more concrete legislative measures, which are the main way forward for example when it comes to single-use plastic.

The European Commission has started discussing stronger restrictions for microplastics. However, this is only a first step. What do you think would be the appropriate measures for tackling this problem?

From Sweden, we want a complete ban on intentionally used microplastics in the EU. We are preparing a national ban, but we do think that the right measure should be a European ban on all added microplastics.

The European Commission has also started discussing the viability of imposing a tax on plastic products. What’s your view on this?

Generally, in Sweden we do see taxes as a national competency, and that makes us reluctant to use it at the EU level. In terms of action against plastics, we do focus on legislative measures more than tax measures.

What is the role of potential alternatives to plastics, such as bio-based materials, in this transformation?

I see a need to have further research and go deeper into the question of biodegradable materials. Biodegradable plastics might play a role for some specific uses, but we must be very careful and make sure that anything that is marketed as biodegradable in the European market, is really biodegradable in natural circumstances. For example, oxoplastics are not biodegradable, but only break down into smaller pieces — it is even worse than normal plastic. We must be very strict on what can be called biodegradable and how to inform the consumer about it.

Sweden is considered revolutionary regarding recycling. What makes you so successful?

Long and hard work. We have strong measures at local and national levels, and a transparent system, which I think is very important. We have had a deposit-refund system for PET bottles for a long time, and it has been very successful.

Yet we’re working on measures to raise the level of recycling even more — particularly on plastics. We’re working, for instance, on introducing more packaging and material into the deposit-refund system.

I’m also not content that most of the plastics that are sorted out in the EU are exported to third countries, because we know way too little of what’s happening when it reaches Asia or Africa. We need more recycling facilities in Europe, and I am working on how to figure out which policy could make investment in recycling treatment in Europe viable.

Sweden has also been importing waste from other countries and using it for heat and energy through incineration. Yet, incineration is not as beneficial as recycling, from an environmental point of view. What’s the future of waste incineration?

We think incineration is a sustainable method, but it must not be overused. Quite a lot of material that can be recycled is being incinerated, and we’re not content with that. Therefore, we are looking at measures to make the incineration less economically viable and instead make recycling easier — easier for the consumer, but also more economically viable.

What are the remaining challenges regarding plastics for the EU to reach a sustainable model?

Stopping the export of sorted out plastics outside the EU and making sure that we get investment in recycling facilities in Europe. We need a transparent, coherent and economically viable recycling system.

Karolina Skog is the Swedish environment minister. She is a member of the Green Party, and served as a city commissioner in Malmö before the cabinet appointment.