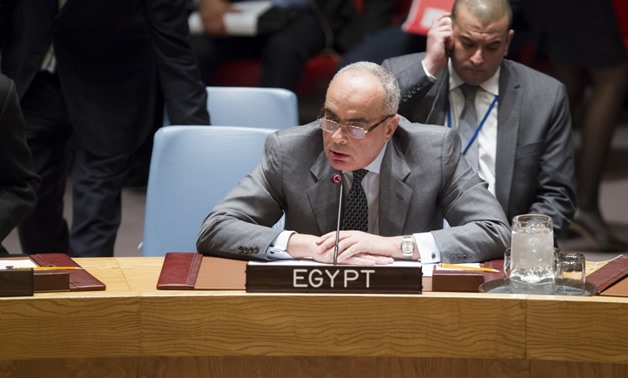 The global political scene is witnessing rapid alternation. Partners of today are enemies of tomorrow. Super powers and their allies continue on their quest for dominance. Moreover, the world is marked by conflicts and dreadful humanitarian situations.

As one American think tank—the Council for Foreign Affairs—put it: “2017 had its fair share of big news stories. The same will be true of 2018. Some of those stories undoubtedly will be a surprise.”

US President Donald Trump does not fall far from such description. He ended the year by declaring the controversial decision to recognise Jerusalem as the capital of Israel, walking over UN resolutions and international objection.

Moreover, a US-Saudi/Iran rivalry is growing. According to the Brussels-based non-governmental organisation International Crisis Group, this is reinforced by the “consolidation of the authority” of Crown Prince Mohammed bin Salman in Saudi Arabia, the Trump administration’s “more aggressive strategy toward Iran” and the “end of the Islamic State’s territorial control in Iraq and Syria, which allows Washington and Riyadh to aim the spotlight more firmly on Iran”.

The Syrian crisis remains unresolved and tense. Russia announced victory over “terrorists” and the withdrawal of most of its troops. But new tensions emerged as the US insists on keeping its forces in Syria and forming Kurdish militias, which Turkey objects to and is mobilising its troops on the borders of Afrin, which in turn stirred threats from Bashar Al-Assad against such action.

Russia is making its own moves. Mattia Toaldo, policy fellow for the European Council on Foreign Relations’ Middle East & North Africa programme focusing on Libya, analysed increased Russian involvement by explaining that “Putin wants to be seen both at home and abroad as more than a military actor and is seeking to burnish his diplomatic credentials.”

According to Toaldo, “having demonstrated his military strength in Syria, playing the role of peace-maker in Libya could be attractive for Putin, particularly with presidential elections on the horizon in March 2018. Moreover, a Russian-led diplomatic success would allow Putin to position himself as mending what the West has broken.”
Egypt is heavily caught in the regional crossfire, in addition to its own challenging foreign agenda. President Abdel Fattah Al-Sisi is expected to remain in office for the next four years.

On a positive note, 2017 witnessed the resolution of two major problems for Egypt.

First, the resumption of Russian flights to Egypt comes after two years of security and diplomatic efforts. The challenge in 2018 is to keep such operations safe and to get Britain to lift its suspension following Russia’s lead.
Second, the return of an Italian ambassador to Egypt, against the backdrop of the unresolved murder of Giulio Regeni, over which Egypt is still committed to cooperating with the Italians on investigations.
Egypt aims at securing borders, national interests

Surrounded by tense situations in the region and three of its border countries, Egypt has been pushing for political de-escalation and containment of the different political struggles, directly hosting dialogues between different factions from Palestine, Libya, and Sudan.

One of the major concerns of Egypt over the past few years has been the movement of militants and weapons from Libya. In October, a shootout in which at least a dozen security forces were killed took place in Al-Wahat near Egypt’s Western Desert. A Libyan national whom police arrested spoke on television about his trip with other militants, travelling through the desert and into Egypt.

Egyptian immigrants have also been repeatedly subject to killings and kidnappings by the Islamic State (IS) group and others. It was only in October 2017 that the bodies of 21 Coptic citizens slaughtered by IS were recovered.

Over the past three years, Egypt’s policy towards Libya has been fixed on supporting General Khalifa Haftar and demanding that the UN arms embargo be lifted to allow the Libyan armed forces to fight extremism.

In the past few months, the Egyptian strategy has been moving towards more comprehensive solutions. In November, Egypt, Algeria, and Tunisia’s foreign ministers issued the “Cairo Declaration” on Libya in an effort to support inter-Libyan dialogue to reach a comprehensive solution to the Libyan crisis and encourage the conflicting parties to respond to UN envoy Ghassan Salamé’s efforts in appealing to the Libyan parties to refrain from using violence and resorting to any form of incitement or escalatory measures. Moreover, Egyptian military officials hosted meetings aimed at trying to unite the Libyan military.

In December, Al-Sisi met with Fayez Al-Sarraj, head of the Libyan Presidential Council. Yet, a week later, Haftar declared the expiry of the Skhirat agreement, refusing to recognise the legitimacy of Sarraj’s government, who on the other hand said the agreement holds until the political conflict is resolved.
In an interview with Daily News Egypt in December, former minister of foreign affairs and current MP Mohamed Al-Orabi said that international powers expect Egypt will play a crucial role in restoring stability in Libya to limit the spread of terrorism into its territory.

In October, Egypt revived a reconciliation push between Palestinian factions Fatah and Hamas. In previous interviews with Daily News Egypt, experts described the Egyptian initiative as determined to avoid more terrorism produced, especially on the borders with Gaza.

With existing challenges facing the success of a repeatedly failed reconciliation attempt, the situation was faced with further complication when Trump decided to recognise Jerusalem as the capital of Israel, to which Palestinian President Mahamoud Abbas responded that the US can no longer be an accepted mediator in peace negotiations.

Moreover, Abbas slammed the so-called deal of the century and so did Hamas. Egypt, which officially rejected the US decision, hosted and participated in conferences supporting Palestine, and is facing an embarrassing Arab situation.

An op-ed published Wednesday in Daily News Egypt, by Abdullah Al-Moghazy, professor of constitutional law and a former parliamentarian, argued that the “catastrophe of the century empties the Palestinian cause of its content and gives the Palestinians crumbs and gives Israel more than it ever dreamed of. The Arabs are no longer friends in the open sense. Yesterday’s friend is abandoning them today. International interest groups are fighting one another. The Arab region has become a free for all.”

In his interview, Al-Orabi said that there is no need for escalation with Ethiopia and that Egypt must work with Sudan. “Egypt has participated in unifying the Sudanese tribes, and we have an edge in soft power,” he said.

Al-Sisi and Ethiopian Prime Minister Hailemariam Desalegn agreed in Cairo on Thursday to overcome any impediments that might hamper efforts to bolster bilateral relations.
But the Egyptian president expressed concern about the Grand Ethiopian Renaissance Dam and the deadlock in the course of technical negations, defending his proposal to involve the World Bank as a technical party in the trilateral national committee to facilitate discussions and reach solutions and decisions on pending issues, given the bank’s experience and credibility towards the three countries. On the other hand, Desalegn said Ethiopia needed to study that proposal, but asserted full respect to its obligations towards Egypt’s water interests.

As for Sudan, which many public figures in Egypt criticised over bias to Ethiopia and hostility towards Egypt, there have been calls for calming tensions, but this remains uncertain whether in the media or in diplomacy, amid the continuation of other zones of conflict such as the Halayeb and Shalateen dispute and Sudan’s recalling of its ambassador to Egypt.

Moreover, Egypt is concerned about Sudan’s recent deal to lease the Red Sea island of Suakin to Turkey, with whom it is already in an extended tense stage.

In an article published Monday by the Sudan Tribune, Ahmed H Adam wrote: “there are indications that Khartoum is actually trying to escalate the ongoing confrontation with Egypt, in order to exploit the nationalist sentiments of the Sudanese people and divert attention from the country’s grave internal problems—particularly the current protests over the new austerity budget and the increase of the price of bread and other basic goods. However, Egypt may be inclined to de-escalate until after its presidential election later this year.”

Beyond its borders, crises generated in 2017 will continue to be part of Egypt’s foreign agenda this year, especially when it comes to its regional relations. Although an ally of Saudi Arabia, there have been times where Egypt could not follow the kingdom’s path.

Egypt entered the boycotting of Qatar because of an existing political conflict with regards to the Gulf country’s support of the Muslim Brotherhood. But in Syria and Lebanon, Egypt’s position emerged different to that of Saudi Arabia.

Sudan attempts to solve border tensions with Ethiopia via diplomacy