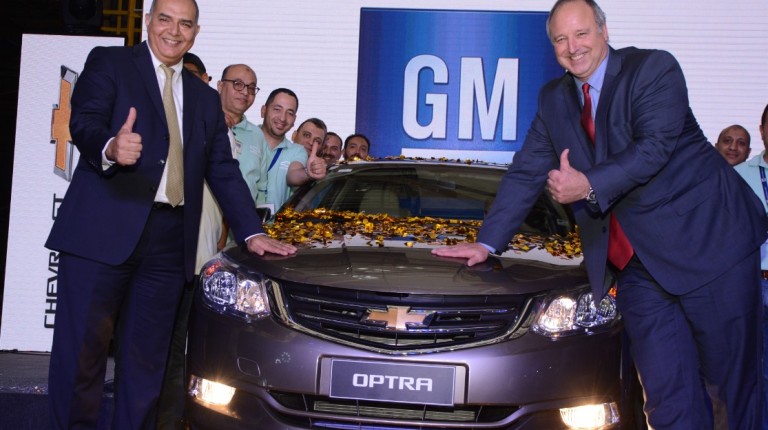 Real estate developers expressed that their sector is the fastest growing in Egypt, achieving higher growth than the Egyptian government achieved in the economy in general, with expectations of reaching 7%, especially with new offers by the government and the development of housing projects in several areas, and variety in real estate developers’ products.

Daily News Egypt polled some of the biggest real estate developers on their expectations for the growth and development of Egypt’s real estate sector.
Real estate growth expected at 7%

Ahmed Shalaby, managing director and board member of Tatweer Misr, said that the sector expects to grow due to the national projects underway in several areas, especially in the New Administrative Capital, New Alamein, El Galala in Ain Sokhna and new cities such as New Cairo and Sixth of October.

“The sector has achieved 4.6% growth in only first nine months of 2017 and I think it reached 5% by the end of the previous year. I expect about 7% growth in the sector,” Shalaby added.

Ashraf Salman, chairperson and CEO of Aur Capital Investment Company, expects a rate of 6% growth in the sector that may reach 8% in the coming year, especially with the continued strong demand for real estate, driven by the growing population.

Salman noted that the sector occupies sixth place in terms of contributing to the GDP and its contribution rate reached 15% during the first nine months of 2017, he added.
First Group Chairperson Bashir Mostafa expects an increase in the sector’s growth of 2% to 3%.

Mostafa predicted stability in the pound’s value, which will affect the sector positively.

Antoine El Khoury, managing director of Tameer, said that the sector could grow by about 20%, a modest growth compared to inflation.

No way to reduce interest rates

Chairperson of Al Ahly for Real Estate Development Hussein Sabbour said that the increase in interest rates decreased investments in the real estate sector over past year and the government has to decrease them to not lose people who would like to invest in the real estate market.
El Khoury explained that the current interest rate places additional financial burdens on developers and customers, limiting the ability of financing for developers, as well as customer’s purchasing power. High interest rates also place the real estate sector in direct competition with the financial sector, limiting the attractiveness of investment in the sector.

Mohamed Farid Khamis, Orientals for Urban Development (OUD) board member and owner, said that the Egyptian real estate market provides various opportunities and has the ability to achieve very high returns in light of the increasing demand for housing units. Many customers buy real estate for the purpose of investment. This segment represents a large part of real estate company sales. The next period will be quite calm in terms of the sales, as a result of saturation and the large volume of purchases during the period of instability for the local currency.

Increase in prices less than the previous year

Khamis noted that the current year will see a natural increase in the prices of real estate units, but it will not reach last year’s levels.
Moreover, the New Administrative Capital and New Alamein city will capture a large part of the requests of customers during the next year and will contribute to the stability of prices in several existing cities.

Mostafa noted that the prices will be lower than the price hikes in 2017 and may increase by 10% to 25%.

Shalaby noted, “if construction costs continues increasing, I expect an increase in unit prices between 20% and 30% in the current year.”

Meanwhile, coastal projects will not witness an increase of the same value. Nevertheless, the price hikes in those areas may range from 10-15% because of the large price increases during the summer, according to Shalaby.

Yasser Ragab, chairperson of Marseilia Group expected more stability in the real estate market after this year’s increase in prices of units by all real estate companies of different rates, with a maximum of 30%. The industry is huge and affects many other related industries and about 40 industrial bodies.
Head of MENA for Real Estate Development Consultancy Fathallah Fawzy predicted that real estate prices will rise in the first quarter of this year by up to 30%.
Fawzi added, “the only way to control the increase in prices is to reduce the price of land provided by the state to developers and companies, as well as increasing supply of land in light of the increasing prices of steel and cement.”

ARDIC for Real Estate Development and Investments CEO Ashraf Dowidar said that another gradual increase in real estate prices will be witnessed in the coming period, by up to 15% before the end of this year.

Dowidar predicts that prices will continue to rise during the coming year, especially as land selling prices increase.

The decision to float the pound led to higher prices of building materials and construction costs of projects, by up to about 50% of the cost of a project, according to Dowidar.
“The more stable the price of the pound against the dollar, the more control over selling land price, the clearer and more stable the vision in all economic sectors, so that companies can calculate the cost of implementing projects and pricing units.” Dowidar said. “I expect another 15% increase in prices of real estate units.

In light of current increases in construction costs, the rise in prices may reach 10% and sometimes 20%, according to El Khoury.

Tabarak Holding Chairperson Ali El-Shorbany said, “according to the current situation and the increase in construction cost, I think the percentage of the increase will range from 10% to 25%.”

El-Shorbany opined that land prices were not affected by the flotation decision. However, land prices are expected to increase by up to 25% in the coming period. Developers have been forced to reduce their profit margins so that real estate prices do not jump to extravagant values. The challenge of real estate developers is to have lands provided with utilities at affordable prices, in addition to administrative issues.

For his part, Ashraf Diaa, managing director of ERA West Associates, said that the sector will witness a great boom and growth in term of sales volume.
He noted that the sector will see growth on horizontal and vertical levels, explaining that, on the horizontal level, there will be growth in projects executed by the companies, and on the vertical level, these companies will expand in other areas, especially in the New Administrative Capital.

Diaa predicts a reasonable increase in prices by about 10% to 15%, contingent on the stability of the Egyptian pound.

He expects further growth in projects implemented in the New Administrative Capital.

There are several other considerations that may support these steps, including the monetary policy rules, especially with regard to the complete liberalisation of the money market, the movement of capital, and reducing the cost of financing. Also to support the sector, amending the real estate finance law for residential units to expand the base of beneficiaries and achieve a tangible boom in the sector.

Mostafa noted that the current year will witness great demand on the New Administrative Capital from clients, especially with the new offers there and developers launching new projects with a variety of products.
He pointed out that some company’s sales will be affected due to clients directing most of their money to the capital rather than other areas.
Diaa agreed with Mostafa that in the coming period, demand in the sector will heavily focus on the New Administrative Capital similar to great demand on the Fifth Settlement.

Instability in some Arab countries will lead investors to invest in Egypt, as it is expected that they would transfer their business to Egypt, according to Mostafa.
Shalaby noted that this year, there will be a flow of foreign investments in Egypt’s real estate sector because the sector is growing , besides the stability of the local currency’s value and political stability in the country.
He expects the GCC market is very interested in launching business in the sector and British businesspersons expressed great interest in infrastructure projects in the sector.

Regarding the export of real estate, Mostafa said that there is a lack of access for Egyptian expats because some GCC markets are closed to real estate exhibitions, such as Saudi Arabia, Qatar, and Kuwait, though the UAE is open. In addition, Turkey and Bosnia are big competitors to Egypt in exporting real estate units as they offer better incentives for expats and offer integrated cities full of services, airports, and industries.

Shalaby called on real estate developers to focus on exporting property to Arab people and foreigners, not to Egyptian expats, to attract more foreign currency for the development of the Egyptian economy.
He explained that the government has to organise events to market Egypt as a destination to invest and purchase property.