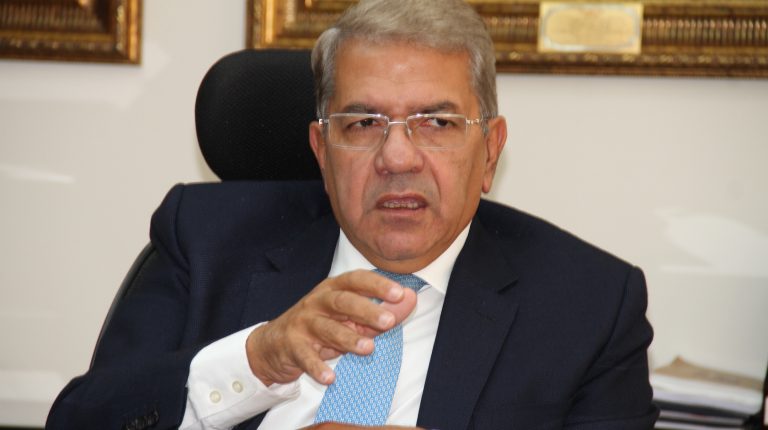 What was done after the Ministry of Finance took over the supervision of the government proposals programme?

The government aims to offer six to eight of its companies on the Egyptian Exchange (EGX) within the coming 18 months. This will include a stake of 20-30% of the capital of each company.

The government is seeking to implement an agreed programme with the International Monetary Fund (IMF) to list a number of its companies on the EGX. The programme is expected to begin with Enppi and Banque du Caire.

What are some sectors the ministry is considering listing on the EGX?

We are working on developing an integrated vision for the programmes and forecasting some of the companies that can be put forward in the coming period in a way that ensures continuity for periods of up to three to five years, in the sectors of oil, banking, industry, and petrochemicals.

The basic principle of the programme is the ability of companies to attract capital to contribute to the achievement of their expansion and growth plans. The report of the IPO committee was approved for Enppi, which will be sent to NI Capital, which is consulting on the programme, for review.

The Ministry of Finance is working with other ministries such as the Ministries of Planning and Petroleum, the public business sector, and public banks on this programme which includes more than one model for the offering process, including the presence of major companies that include banks, oil, and insurance companies. This makes the government eager to maximise revenues not just for the budget but for the development of these companies.

What are the objectives of the government proposals program?

One of the objectives of the programme is to increase the market capitalisation of the EGX, which is now less than 20% of GDP.

The government aims to increase the market capitalisation of the EGX to 50-60% of GDP in three to five years. During that period, the economy’s size will have reached EGP 7tn. This means that the EGX’s value will be in the range of EGP 4tn, up from EGP 800bn now.

What is the value of the funding gap for the next fiscal year?

The estimated financing gap during the next fiscal year ranges between $10bn and $12bn, which will be bridged through an IMF loan worth $4bn, which is part of the $12bn loan agreement. We will also borrow $5-6bn from other sources.

Egypt expanded its dependence on external funding last year to adjust the balance of payments and ease pressure on domestic lenders who offer high-interest rates and to deal with its short-term external commitments, which have been high in recent years.

Egypt’s programme on the Luxembourg Stock Exchange will be increased to $2bn, in the framework of working to offer $4bn worth of bonds in the first half of February.

There may be a short promotional visit of two or three days before the offering, amid the presence of meetings with foreign investors in Egypt and abroad to advise them on the latest economic developments and the improvement of the Egyptian economy’s state, supported by the positive forecast of international credit rating institutions.

The improved credit rating would help increase demand for future bonds, which would lead to lower interest rates.

What about euro-denominated bonds?

We are targeting between €1bn and €1.5bn worth of bonds in April if there is a chance at that time.

What is the plan to reduce public debt?

The government aims to reduce the public debt to GDP by 10% to reach 97% compared to 108% at the end of last fiscal year.

The improvement on the deficit side on the budget contributes to reducing the dependence on borrowing through treasury bonds and bills, which leads to a reduction in the interest rate, which leads to the reduction of interests compared to GDP.

The government aims to reduce the interests of public debt to 6% of GDP and 19% of the budget in three to five years.

The provisions for interests this fiscal year amount to EGP 410bn, which is equivalent to 9% of GDP and 33% of the budget, which are all high figures.

What are the targets of debt decline for the next fiscal year?

The Ministry of Finance aims to reach debt rates during the next fiscal year between 90 and 91% of GDP.

The Ministry of Finance is looking to achieve a debt to GDP ratio of 75% by 2022. At the same time, reduce the external debt service cost as a proportion of exports of goods and services to become 20-25% as soon as possible.

The government needs high funding rates. Moody’s Credit Rating says that Egypt’s total funding needs are 40% of GDP for debt service and bridging the budget deficit, which is one of the highest in the world.

The interest provisions in this year’s budget were affected by CBE’s war on inflation, in which it uses the high-interest rates as the main weapon. CBE raised interest rates after the depreciation of the pound value in the process of adjusting the exchange rate market, which hiked to 19.755 on the corridor rule, leaving interest rates on government debt instruments at their highest in more than a quarter of a century.

What about the budget deficit?

The ministry aims at the end of June to achieve a positive initial surplus of 0.2% of GDP compared to an initial deficit of 1.8% at the end of the past fiscal year.

The government is looking to reduce the total deficit in the next fiscal year to reach between 8.25% and 8.5% of GDP and an initial surplus higher than the current fiscal year.

Achieving an initial surplus means that income surpasses expenditure, which helps to pay part of interest on debt, hence decreasing reliance on debt in financing the budget, which eventually stabilises debt to GDP and reduces the cost of borrowing.

The CBE aims to reduce inflation rates to 13% at the end of 2018, which can easily be achieved amid the good economic indicators in the first half of the fiscal year.

The government is currently considering the value of the social protection package that will be implemented in the next fiscal year, in light of expected inflation rates. This will be completed and presented to parliament as part of the budget in March.

Has the social protection package been identified for the next fiscal year?

When we work on the package, we seek to protect the groups most vulnerable to the economic reform process. We are conducting an ongoing study on the value of subsidies for commodities, after increasing the value this year by an unprecedented 141% to reach EGP 50 up from EGP 21. This will contribute to increasing the package from EGP 44bn in the past fiscal year to a projected EGP 82bn by the end of June.

There is no reason at this time for high inflation rates as productivity improves and food commodities prices decline on the global level.

Inflation peaked in July 2017 hitting its all-time record of 35% on an annual basis, excluding vegetables, fruits, and administratively determined commodities.

When will the IMF’s second review be?

What about energy subsidies?

Egypt’s production of natural gas will offset part of the new cost. Also, the high oil prices in the world market contributed to rationing consumption.

Zohr gas field in the Mediterranean began production last month, which is expected to reduce the government’s gas import requirements for the coming period.

What about payment of foreign partners’ dues?

What are your expectations for growth rates and foreign direct investment by the end of the current fiscal year?

I expect foreign direct investments of $10bn this fiscal year.

In the next fiscal year, we expect rates to reach 6% of GDP, considering our ability to read the global situation and the variables which contribute to taking proper measures so as to ensure high growth for long periods of time.

In your opinion, how will foreign subscriptions proceed after lower interest rates?

Foreign investment in government debt in 2017 was very high. We achieved investments of $20bn up from less than $1bn before the economic reform programme.

What is the number of feed-in tariff companies in the second phase that you issued guarantees for?

The ministry had completed the financial guarantees for 15 companies that are part of the second phase of the feed-in tariff project. We are working to complete the guarantee for the rest of the companies.

The support of the political leadership for all the real efforts being made and its continuous and periodic follow-up on all economic issues give us a strong push to make every effort to restore Egypt’s status.

The size of the major national projects that have been completed during the last four years have made remarkable progress in the growth of the national economy and have contributed to the creation of many jobs.

The staunch response to the thorny economic files had the greatest impact on such reforms.