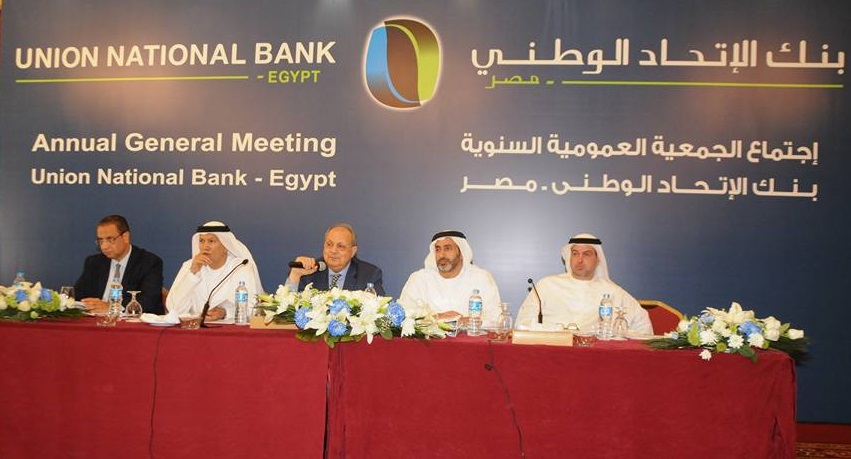 A number of banking experts expect the Egyptian economy to grow strongly this year, pointing out that the sectors of energy, construction, and small and medium enterprises (SMEs) will play the biggest role in fuelling the growth.

According to four experts surveyed by Daily News Egypt, rates of domestic and external borrowing are expected to slow down in 2018 as state revenues increase.

The experts also expect lower inflation and lower interest on the pound, as well as increased domestic and foreign investment, a significant increase in the country’s foreign exchange resources, and higher foreign exchange reserves at the Central Bank of Egypt (CBE).

Mohamed Abdel Aal, member of the board of directors of Suez Canal Bank and a banking expert, said that the structure of the Egyptian economy is expected to see gradual improvement in 2018.

He explained that the reason for this expected improvement is the series of measures that the state began implementing with the beginning of the economic reform programme, the most important being a strict monetary policy and a balanced and bold financial policy, including exchange rate liberalisation, inflation curbing, amending customs exchange rate, and rationing energy subsidies.

The measures also included improving the investment climate, improving governance systems, combating corruption in all its forms, and improving gaps in production and quality, he added.

Moreover, Abdel Aal praised the agreement with the International Monetary Fund (IMF) and international financial institutions, which made more than $15bn available for major projects and supporting foreign exchange reserves.

The tourism sector—following the return of Russian tourism—as well as the contracting and energy sectors, will play a big role in pushing the growth of the Egyptian economy in the new year, he noted.

Regarding the dollar-pound exchange rate in the new year,  Abdel Aal said that no one denies that the only controlling factor for it is the mechanism of supply and demand. “In my view, there is an important psychological factor that may work to limit the appreciation of the dollar value against the pound and set it at EGP 17-18 this year, where this level achieves a reasonable balance point acceptable to all traders,” he said.

Furthermore, he said thatlocal interest rates, at their current high level, are of great benefit to many parties, including the household sector, along with strengthening the position of the pound against the dollar. “So I expect to keep this level until the end of the third quarter of 2018, before embarking on a gradual decrease journey that will total a maximum of 3% decline,” he added.

As for inflation expectations, Abdel Aal said that inflation is expected to continue to decline in the coming period to an average of 14% at the end of the third quarter this year, then to the target 13% at the end of the year, and eventually to a single digit with the beginning of 2019.

“It is very difficult to predict the growth rate that the economy can achieve this year, but I agree with the expectations of the IMF at 4.6-4.9%, which is lower than the government’s plan at 5.3-5.5%,” Abdel Aal stressed.

He added that the main pillar that will increase the growth rate is the increase in domestic investment, the inflow of foreign direct investment, improving exports, improving the investment environment, and the prospects of improving tourism, adding that there are also expectations of strong consumption growth during the current year, as growth in inflation slows.

With regard to his view on the trend of public debt in the new year, he said that there is a real trend for the state to reduce it, and there are steps already taken to achieve this until the year 2021. This is done, he explained, through several measures, such as achieving a sustainable annual surplus within a 2% limit, increase in tax revenue, expansion of the partnership between the public and the private sectors to maximise state asset utilisation, and the replacement of domestic loans with external ones.

“The CBE’s foreign exchange reserves are growing in a positive way, after paying all the foreign debt obligations of the state, and there is no limit to the level to which it can reach,” said Abdel Aal.

As for the role of banks in supporting the economy this year, he said that banks will play a big role in 2018, especially in funding the private sector and investments into new cities.

He added that banks will also have a role in controlling inflation by stabilising their interest rates at their current high levels, even if it reduces their profits, as well as increasing retail loans to stimulate markets and increase the demand for commodities to break the current recession, whilst committing to the CBE’s directives to finance SMEs.

Tarek Metwally, a banking expert, and former deputy managing director and board member of BLOM Bank Egypt, said that the GDP is likely to grow by 5-5.3% this year, noting that the construction, contracting, energy, and services sectors will play a major role in supporting this growth.

Metwally expected domestic public debt to increase at a slower rate in 2018 and that external debt will grow slightly, while the budget deficit, he said, will settle at 10-10.5%.

“The price of the pound against the dollar is expected to be in the range of EGP 16.5-17 to the dollar, as the state’s resources of hard cash improve, especially as Zohr gas field starts pumping out gas, along with tourism improvement, and increase in exports against the decline in imports,” he added.

He noted that inflation is expected to decline by the end of the year to 14-15%, hence reducing interest rate, taking into account that there will be a wave of rising prices during the coming period as a result of energy and transportation price increases and the consequent rise in prices in general. He explained that the base year, starting from November 2016, saw an inflation of 32%, which will offset the impact of these price hikes on inflation figures this year.

As for his view of foreign exchange reserves, Metwally said he expected them to rise to between $40-42bn at the end of this year, noting that the CBE will remain committed to paying its foreign dues on time.

Metwally said the banks’ role in the new year will increase and their lending rate will rise, in conjunction with lower interest rates, increased economic activity, and an improved investment environment. He said banks will focus this year on financing the energy, infrastructure, petrochemicals, food, and SMEs sectors.

Hany Aboul Fotouh, a banking expert, noted that there are expectations from the World Bank that the growth rate of the Egyptian economy will be the fastest among the countries of the Middle East and North Africa in the next two years at 4.9% in 2018 versus 4.4% in 2017.

“While this rate is considered good in light of the economic conditions and the challenges facing Egypt, it will have to increase to 7.68%, or by three-fold compared to the current 2.56% population growth, for citizens to feel tangible improvements,” he stressed.

He added that the tourism sector is expected to witness a major breakthrough after the return of Russian tourism to Egypt, while the oil sector will also have a new contribution to the increase in oil exports and the decrease in imports on the back of new oil discoveries which took place last year, next to legislation that was issued to attract more investments and facilitate movement of trade and industry, hence stimulating SMEs.

Aboul Fotouh views of the largest challenges for the government in 2018 to be containing the public debt, noting that it threatens the state budget, especially after rising above 100% of GDP.

As for external debt, which reached about $81bn, he predicted it will continue rising in 2018 but must remain within safe limits in accordance with global standards.

He pointed out that during the past period, with the rise in interest rates on the pound, the best option was to resort to external borrowing at lower interest rates and a grace period of several years, in addition to a longer repayment period, as part of the restructuring of public debt.

On his view of the exchange rate, he predicted it will remain at EGP 17-18, noting that these expectations are supported by the recovery of the tourism sector, especially after the decision of the Russian government to resume flights to Egypt, as well as the continued decline in the trade balance deficit by increasing exports and limiting imports, in addition to continuing to make progress in implementing the measures of the economic reform programme, which contributes to supporting the pound’s value.

“The continued decline in inflation reflects the CBE’s significant progress in using monetary policy instruments to rein inflation in, which peaked in July 2017 at 35.26%,” he added.

In addition, he said that the CBE will gradually reduce its interest rates as of February 2018, in light of the improvement of the inflation rate, though could resort to raising interest again with the emergence of inflationary waves.

According to Aboul Fotouh, international institutions are looking forward to growth of the reserves, which have been growing continuously over 25 months, supported by optimistic forecasts of a recovery in the tourism sector, next to Russian tourism beginning to return, as well as improvement in reducing the balance of payments deficit by reducing imports and growth of non-oil exports.

“The main function of banks is to pool savings and to use them as loans. In recent years, with the spread of non-performing loans, banks have started a conservative policy of granting credit and looking for sources of liquidity of low-risk to make suitable returns,” he stressed.

One avenue of investment that is almost risk-free for banks is to invest in government debt instruments to finance the budget deficit, he said. “It makes no sense for the state to impose restrictions that limit banks’ ability to invest in these instruments to push them to grant loans, especially as the market shrinks and the economy slows down,” Abould Fotouh said.

He added that with the improvement in economic conditions and serious investment opportunities requiring bank financing, banks will look at these opportunities with investors and provide the necessary financing, in light of their credit policy and after assessing the risks associated with each project.

He predicted that banks are going to provide financing for the tourism sector and SMEs, as well as the real estate sector, especially as the CBE has launched several initiatives to encourage these sectors in the past two years.

According to banking expert Tarek Helmy, the pound is expected to take a downward trend this year against the dollar though he did not predict a certain rate.

Helmy forecast that the inflation rate would drop by the end of this year to 13%, plus or minus 3%.

With regard to the rate of growth, he said it will range between 5 and 5.5%, adding that most of the financing and investment will be in the electricity, energy, and contracting fields.

“External debt is expected to continue at the same rate in 2018,  the CBE will repay $12.5bn this year, on the back of the state intending to issue international bonds worth $6bn and renew Gulf deposits worth $5bn,” he added.

Finally, he said that the volume of foreign exchange reserves is also expected to rise to more than $40bn by the end of 2018.

Industry future of state in coming period next to SMEs: Fahmy