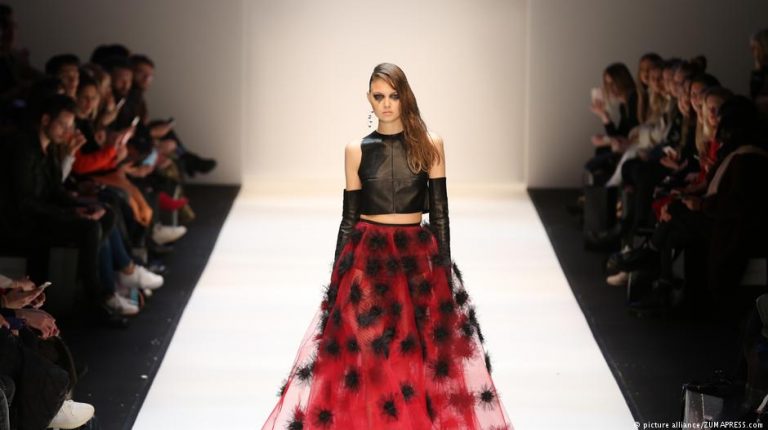 With an eye on the German capital’s creative potential, the Berlin Fashion Week seeks to position itself in the world of fashion. This year, it should have reacted to the #MeToo debate, says DW’s columnist Gero Schliess.”Me too? Excuse me?” The board member of the German Fashion Council gave me a blank look. That’s not something we want to get into here at the fashion week, he said in response to my question about sexism in the fashion industry.

That was on Tuesday, just a few days after the New York Times reported about male models accusing star photographers Bruce Weber and Mario Testina of sexual misconduct, including forced nude shootings and sleazy pawing.

#MeToo? Not in Berlin!

The article triggered an outcry in the fashion industry.

But it appears fashionable Berlin lives on some other planet. Sexism? Not an issue for the movers and shakers of the Berlin Fashion Week. No interviews, no press statements, no panels on the matter.

Unlike in the US, where Anna Wintour, editor in chief of the American Vogue, reacted immediately by suspending the fashion photographers, both of whom worked for the magazine. Wintour also announced that she has been working on a “code of conduct” for the past few months.

Berlin could have easily provided a few cue words for the Americans’ new code of conduct for working with models, and announced that news to the world. The German edition of Vogue and its editor in chief, Christiane Arp, are after all highly involved with the Fashion Week in Berlin.

Sexual harassment by Testino and Weber — that was an open secret in the industry, said German fashion photographer Jonas Lindstroem at the Berlin event’s “Relevancy of Fashion” conference earlier this week.

That makes it even worse, and should have been seen as one more reason to tackle the issue, also with a look at Germany. This time the Germans didn’t do what they so enjoy, which is presenting themselves as the world’s moral yardstick.

Berlin, the moral conscience of the fashion industry — that would have been a great coup with regard to the Berlin Fashion Week’s jostling for a position among the major fashion events in Milan, Paris, London and New York. Many players are involved, including sponsors Mercedes Benz, Vogue, the relatively new Berliner Mode Salon designer platform and the German Fashion Council.

Mercedes Benz has been pushing for change by urging fashion week organizers to ditch the pretense of being in the same league as the big shots, like a mini-Paris or mini-Milan. The Berlin fashion event should be tailored to Berlin and its strengths: the creative potential of its international designer and tech start-up scene, the city’s attitude to life and its breathtaking locations.

Instead of setting up a huge tent for celebrities at the Brandenburg Gate that is mainly important for the sponsors, there should be a host of smaller shows and other formats meant to reach all of us.

An interesting example of this was the successful new “Fashion HAB” event held in a venue near the Berghain techno club. It was a great setting to showcase the eccentric collection by designer collective Last Heirs Berlin.

Public screens and live streams made Fashion Week more accessible to many people, and that’s a positive development.

Can it be true? For once, Berlin isn’t celebrating itself but a new realism. Abandoning hedonism and foolish pride, Berlin has said farewell to playing catch-up with the major established fashion shows.

Berlin is working at being honest. And it isn’t too late too start applying that honesty elsewhere in the future, first and foremost on ethical standards. As far as I’m concerned, the black sheep in the fashion industry don’t deserve to be spared.