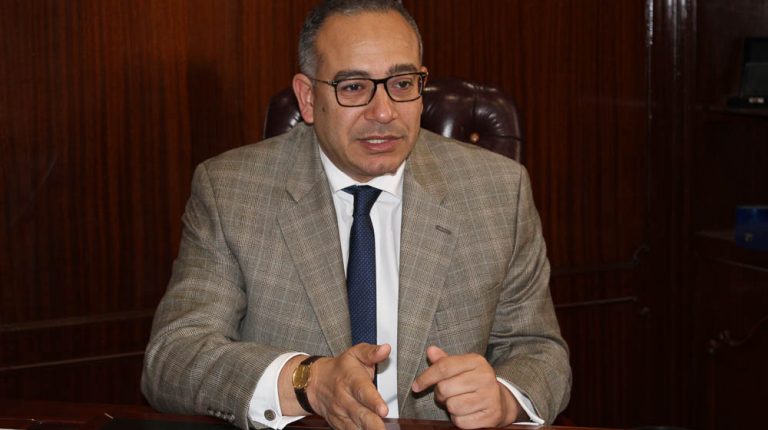 Perhaps the issue of development and removal of slums in Egypt is one of the country’s problems that no eye can miss. The amount of success and achievement that occurred is visible to all. Slums have always been a stigma of Egyptian culture and a wound that has not been dealt with except in the last three years, when it was approached and treated through massive procedures that realised many goals and still have more to go.

Daily News Egypt sat down with Deputy Housing Minister Ahmed Adel Darwish, who is also the first official in charge of this file, for him to to tell us about his mandate, what was done, and what is to come.

Can you explain informal settlements and their real size in Egypt?

Informal settlements are areas deprived of services such as water, electricity, or architectural requirements.

Slums could either be unsafe or unplanned. Approximately 40% of Egyptian cities are slums, according to the aforementioned definition. Here, we are only talking about the urban areas, not the rural as well.

What is the plan to deal with each of the two types of slums?

The state gives priority to unsafe slums, which represent a danger to the people living in them. There are 351 slums across Egypt of this type.

The state has developed 105 areas and is now working on the remaining 246 areas, which will be completed by the end of 2018. As for unplanned settlements, they require long- and medium-term plan. The long-term plans extend over 10-15 years to develop these areas. In the long term, we work on limiting the possibility of emergence of similar settlements by providing appropriate alternatives.

We will announce the completion of the development of the 351 unsafe slums, which we have been working which we were mandated with in 2014.

We will declare Port Said a zone free of slums. The governorate was a priority since its is included in a major investment plan, being the face of Egypt for foreign investments and because of the Suez Canal and megaprojects there.

What are the latest developments in the Maspero Triangle issue?

We settled the disputes of 62% of its residents, through direct financial compensation or granting alternative apartments in Al-Asmarat neighbourhood. There are 850 families that chose to stay in the area and 2,200 families that obtained compensations worth a total EGP 300m.

Were the inhabitants of Maspero Triangle convinced or pressured?

There has been no pressure on the people of the area. In our latest meeting with them, we said, clearly, that nobody will leave the area unless fuelled by their own will.

Moreover, they have the right to take the compensation and return to the area again.

What about the landowners?

The state respects the landowners because the constitution and the law respects private property. The president always emphasises this. The compensation was appropriate, which is why 70% of the people took it.

Everyone should know that the state does not own any land in the area of Maspero. However, the state will spend EGP 4bn to develop the area and make it suitable as part of Downtown Cairo.

The owners were given the choice of partnering with the state, giving the latter a 40% share. All the major owners took this partnership, except for the Kuwaiti company that requested to sell the land.

What is the future vision for the Maspero Triangle after development?

A part will be for housing the old residents that chose to stay there. The other parts will be utilised for different purposes: entertainment, tourism, and commercial sectors. The area will be planned in specific areas and predetermined heights.

Of course, Al-Asmarat is the largest residential project for us. After the completion of its three stages, it will have 18,500 residential units.

What about the impact of slum development on the lives of these people?

The first personal observation is the interest in education. All those who have been transferred have their kids remain in schools. This was one of the most pleasing outcomes for us. It also proves that housing in slums was not optional for these citizens, as immediately after they moved to better areas with better services, their lives improved.

What is the reason for the spread of slums in Egypt?

Lack of spatial justice in the distribution of investments is the main reason. For example, there is a small city in Sohag governorate that has no jobs, services, or facilities in the capital. Therefore, migration takes place to the areas where these services exist most. In addition, long-term leases contributed to creating these slums.

Is there partnership between you and the private sector?

Most of these projects are implemented by the private sector, but via the governorates. We give them the plans and funding required, while governorates agree with the companies. We maintain our supervisory role and follow up on the projects until they are delivered.

Does your role interfere with the role of the social housing project?

Is the establishment of alternative areas and the removal of slums the only solution for them?

No, this only applies to 1% of slums that are unsafe for housing.

The rest of the slums have other strategic plans. We will start working on them in the coming five years, in partnership with the residents and private sector companies.

The areas will be modified, where the streets will be expanded and a very limited number of buildings will be removed, while providing alternatives for their residents.

What has been done in Tal El Akareb?

The area is now known as Hope Hills, which was chosen by the residents. We gave residents there two options; either to live in Sixth of October City until the project is completed or receive EGP 1,200 per month to rent a place of their choice.

The area has been developed and the residents will return in two weeks.

What about the Red Sea governorate?

We work there in many areas. The projects in Ras Ghareb and Safaga have been completed and El Qoseir will be completed within three months.

In Halayeb and Shalatin, we have projects that will start within two weeks. We will build 1,500 Bedouin homes, to suit the nature of the nomadic life of the people there. We will be finished by the end of 2018.

How many informal markets are there and what are the plans to face them?

We have about 1,090 informal markets in Egypt that were counted long ago. Some are based on railways or next to above-ground metro stops. This year, we have moved and developed 39 markets, such as Al-Tunisi in the Citadel area.

How do you assess what was accomplished in the previous period with regards to slums?

In order to see the real picture, we can make a simple comparison between two periods. In 2008-2014, about EGP 2.3bn was spent. In contrast, since 2014 until now, we spent over EGP 14bn on slum development. The number of housing units is 10 times more than before.

Are there financial contributions from non-state parties?

Unfortunately, there is no real funding except from the state. Since 2017, all the necessary funding was provided by the state.

When will the Ramla Bulaq area be developed?

After finishing the Maspero Triangle.

What is happening with the Ain Al-Hayat area in Ain Al-Sira?

Cairo Governorate will conduct an investigation and review of the residents of the region and examine each case on its own. Whoever proves their entitlement gets a residential apartment in preparation for the transfer to Al-Asmarat.