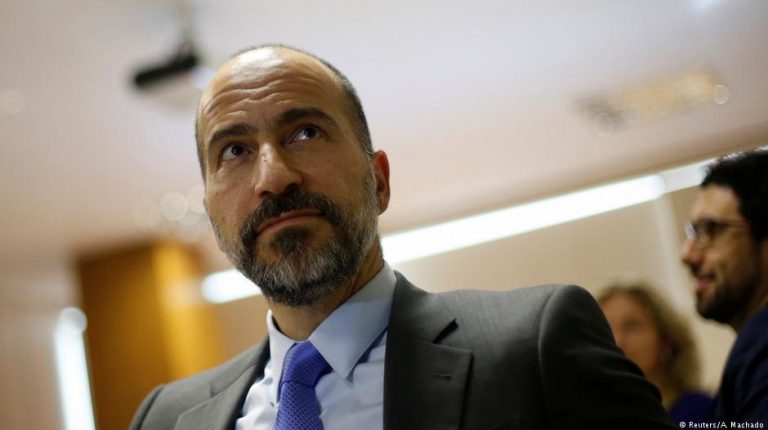 Uber chief executive Dara Khosrowshahi has said the US ride-hailing firm will focus on “responsible growth” in Europe as he seeks to end the “pirate mentality” he inherited from company founder Travis Kalanick.Khosrowshahi made his remarks on stage during an appearance at the DLD conference in Munich on Monday, saying there was “a rebel in every startup,” but Uber “took it too far.”

“There was a bit of a pirate mentality. [But] pushing boundaries doesn’t mean overstepping boundaries,” he told the annual gathering that brings the tech elites of Silicon Valley and Europe together.

Dara Khosrowshahi joined the San Francisco-based firm last August to replace Uber’s co-founder Travis Kalanick as chief executive. Kalanick was ousted by the company’s board following a series of complaints about Uber’s handling of sexual harassment cases, as well as its reputation as a competitive bully that would fight any attempt at regulation. It also stands accused of stealing corporate secrets and spying on users via their data.

In Munich, Khosrowshahi pledged to make a clean break with past practices, setting the ride-hailing service on a course of “going from growth-at-all-costs to responsible growth.” If there was good news, it was that no one on the team needed to be convinced that a massive course correction was needed, he added.

Read more: Volvo to help Uber get its own fleet

Uber’s plans for careful expansion in Europe will include making a fresh start in Germany — a country, which he said was a good example of how Uber’s bullying mentality backfired.

“We stepped into Germany and we behaved in a way that was inappropriate and wrong. Our relationship with Germany is in need of a total reset. And it deserves to be a total reset … We’re bullish on the German market, but we want to be patient,” he said.

Uber was now working with regulators, he said, after a German court had declared its amateur ride-hailing services illegal in 2014. It was employing licensed taxi drivers in Berlin and Munich, he added, although still being a small player in the country’s taxi market.

He said Uber was also talking to officials in London after transport authorities pulled its license to operate last September, saying Uber was not “fit and proper” to run a taxi service.

On an upbeat note, he said the company’s UberEats food delivery business was in a position to outpace rivals such as Deliveroo in the UK and Germany’s Delivery Hero.

“UberEats is absolutely exploding,” he said. “I think we’ll be the largest food delivery company in the world this year.”

UberEats operates in 220 cities worldwide, and is part of a range of Uber services in more than 80 countries and nearly 700 cities, according to the company.

However, Uber’s overall business isn’t quite as good, Khosrowshahi admitted. “The part that is not going well is the profitability part. This has been a business tuned for growth, and not efficiency,” he said.