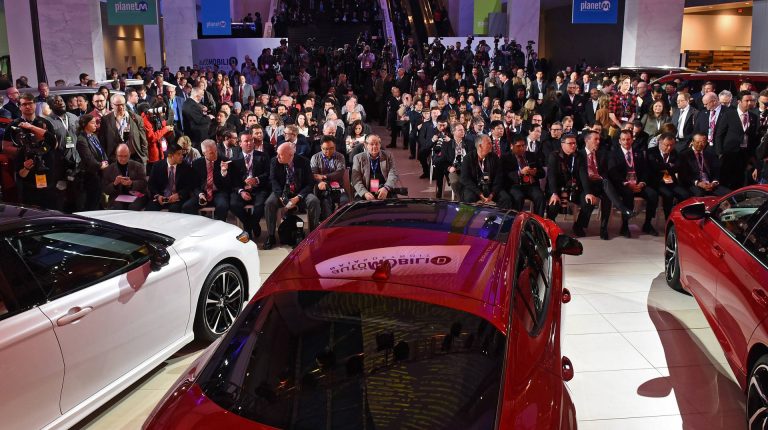 Last Saturday, the Detroit Auto Show kicked off. The first auto show in 2018 and one of the world’s most important annual auto shows, the platform provides companies with the first panel discussions on the automotive industry at the start of every new year.

The exhibition will continue until Sunday, January 28, and will be held at the Cobo Centre in Washington Square, Detroit, Michigan.

The exhibition is officially known as the North American International Auto Show (NAIAS), and was first held in 1907 and has been hosted by the city of Detroit annually since 1987.

Some companies have so far unveiled some of the most important models that will play key roles in 2018, including the Dodge Ram 1500, the Mercedes G500, and the new Jeep Cherokee.

In addition, some test cars, including the Nissan Xmotion, Infiniti Q80 Inspiration, and the Toyota FT-4X, were also unveiled.

In the previous session of the exhibition in January 2017, 71 new cars were revealed, including 46 cars launched for the first time around the world. The show was attended by a 5,100 journalists from 61 countries, and hosted 800,000 visitors.