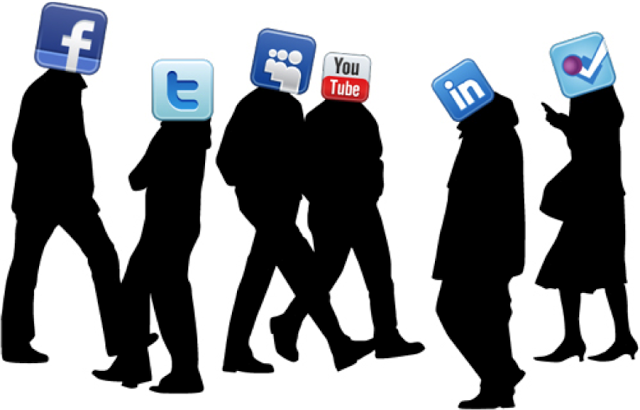 Amira, a mass communications teaching assistant, in her early twenties is busy finishing preparations for her marriage, as her wedding is expected to be held in a few months, so she was keen to be active in a Facebook Bridal Club group by posting at least one or two posts a day inquiring about places to get home furnishings or ideas for wedding decorations.

Haya Medhat, a 25-year-old who recently became a mother, said, “I wish that during my marriage preparations, one year ago, a group such as Bridal Club was present, as it’s really informative and shares good reviews about places where you can get your kitchen tools, furniture, and even clothes. It’s like a guide that gives you good tips about what you have to get for your new home and what you can skip”.

Bridal Club is a social media group that was recently founded but already has over 28,000 users, who are all mainly brides-to-be, newly weds, or even single women. The group supports brides to share all their questions and concerns about marriage preparation and life. Also, other married females post their wedding experiences, listing negative and positive reviews for their bridal hairdressers, makeup artists, wedding venues, catering, and other advice that would be beneficial for others going through weddings.

This group is one of dozens that recently appeared on Facebook to give users the chance to express their concerns, seek advice, and reviews from dozens of others with different backgrounds and nationalities. Such Facebook groups were met with large interaction and support by users.

Commonly, if ever a person sought advice about a personal issue or recommendation about a product, service or place, they resorted to directly calling an expert, relative, or friend who must have knowledge about the inquiry. But now, the power of social media has broken this norm, as within the past three years, several groups on Facebook have facilitated the process.

On Facebook, you can seek medical advice, solutions to your relationship problems, reviews about restaurants, shops, or travel destinations, and you can even look for roommates.

These groups could be positive for connecting people together and introducing them to different experiences, but in away, they are invading privacy and spreading false information, Medhat said.

A 26-year-old journalist, who preferred to remain anonymous, said, “these groups are present since the establishment of Facebook, but people were still less confident in such groups and did not have enough courage to write their personal experience or anything related to their lives. But now people have become more active on social media as a result of attraction to technology.”

She continued that now our relation with social media has changed, as it is very normal to post about even private details of your life, compared to before, as there were only groups for famous singers, where fans circulated photos and praiseful posts.

As for journalists, before, we used to go through newspapers everyday, but now, every morning we log on to Facebook to know the news, as even citizens do, she said, adding that there is a group named “Qahwet El Sahafeyeen” (the journalists’ cafe), where journalists can find the numbers of sources for interviews for their work, which helped hundreds of journalists meet their deadlines.

The journalists’ cafe is a group where journalists post numbers of politicians, officials, academic professors, and others, so other reporters can access sources easily for writing news and in-depth features.

“Facebook became a source of social information, people became more dependent on it; not only in groups, but other aspects too,” the journalist concluded.

“I believe in the idea of sharing experiences regardless of place and time. What social media has created is quite helpful to know that someone else shares some of the experiences you’re going through and gives you advice without personally knowing you; this is the core of human interaction from my point of view. As for certain groups in which people anonymously share their problems, I believe that social media helped create a platform where people genuinely seek as diverse of views as possible, something that wouldn’t be achieved in the real world,” another journalist said.

“However, with regard to people seeking medical advice or professional advice, I do not think social media is playing an appropriate role in providing that, and there could be false information shared,” she added.

Social media expert Omnia El-Meligi said, “there are groups giving good reviews about products and services, which is perfect. Also, groups sharing new places and experiences are great and those connecting new neighbours in the same area are also good, but those sharing personal information are really ineffective, as I feel that it’s letting others into my life. I think people in a group are coming from different backgrounds which causes a variety of opinions, which eventually leads to confusion. For medical purposes, I can ask about doctor recommendations, but never medical tips to be honest, as this is very risky.”

Another social media expert, Ahmed Shenawy, said that technology became a “best friend” for users of different age groups, as “everybody is posting everything about their lives, even seeking personal consultations.

“In an angry moment, I wrote a post on a certain page about a problem between me and my husband and the days passed and I forgot about it,” 30-year-old Sanaa said, adding that after a period of time, “my husband found out about it and fought with me.”

Sanaa, like hundreds of men and women, went to social media platforms to seek answers or find solutions to her problems.

Over time, Facebook pages and other social media began to replace professional counsellors, such as doctors, relatives, acquaintances, and the elderly. Thus, questions have arisen as to whether social media users can really serve as consultants or specialists and whether this is this harmful or beneficial.

Gamal Farwiz, a psychiatrist, said that this transformation has negative results for several reasons. “First, people give most of the comments from backgrounds that are often different from the reality of the complainant, hence making the advice wrong and misplaced. Never consult an audience that is not aware of things and lacks experience,” he said.

He added that perhaps this happens a lot, but mainly, answers are very complex and come too far from the core of the complaint. “I have seen so many things like this and the answers were wrong religiously and ethically and sometimes I find racist responses,” he said.

Otherwise, this sometimes leads to many problems in families as a result of the disclosure of secrets, Farwiz added, noting that advice that can be useful is often simple, such as asking about the address of a place or car advice.

Spreading personal information in a public area to be seen by thousands of people we do not know is risky, the psychiatrist concluded, recommending that human communication should continue to be a natural face-to-face occurence. “Communication through virtual reality should be minimal. Communicate with family, friends, and neighbours because this is natural for communities,” Farwiz said.

Furthermore, Salah Hashem, a sociology professor, said that the use of social media means a double-edged sword which solved an old problem suffered by humans, which is ease of contact.

“Sharing others’ concerns, problems, questions, and sharing experiences without disclosing a name is a very comfortable idea. But at the same time, you do not know very well who your share your feelings, problems, and inquiries with, as in almost all areas of interest scattered on the pages of communication, we find that thousands have been deceived and misled,” Hesham said.