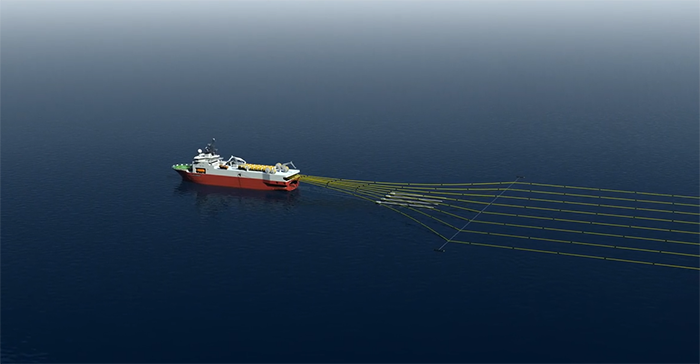 A seismic vessel, which is currently conducting two-dimensional seismic surveys in the Red Sea region, has completed a survey of 4,200km of the total 10,000 km, said Mohamed El-Shimy, chairperson of the South Valley Egyptian Petroleum Holding Company (Ganope).

He adding that the company is currently gathering data for all onshore areas in southern Egypt, planned to be promoted to attract oil and gas exploration companies.

On the other hand, Tarek El-Molla, minister of petroleum and mineral wealth, participated in Ganope’s General Assembly on Wednesday, where the meeting aimed to approve the planning budget for the fiscal year (FY) 2018/19, according to a press statement issued by the ministry.

The sustainable development strategy Egypt 2030 placed Upper Egypt on top of its priorities; and the oil and gas sector would play an important role in the implementation of this strategy through the boosting petroleum activities to continue to provide for all governorates’ needs of petroleum products and natural gas, El-Molla said.

Moreover, he emphasised the importance of the speedy implementation of the geophysical data collection project in the Red Sea Egyptian economic waters, which comes simultaneously with the demarcation of Egypt’s border with Saudi Arabia.

“For the first time, Egypt will be able to offer exploration bidding in these areas (Red Sea region), which will redraw the investment map in Upper Egypt, and boost oil and gas reserves and production,” El-Molla added.