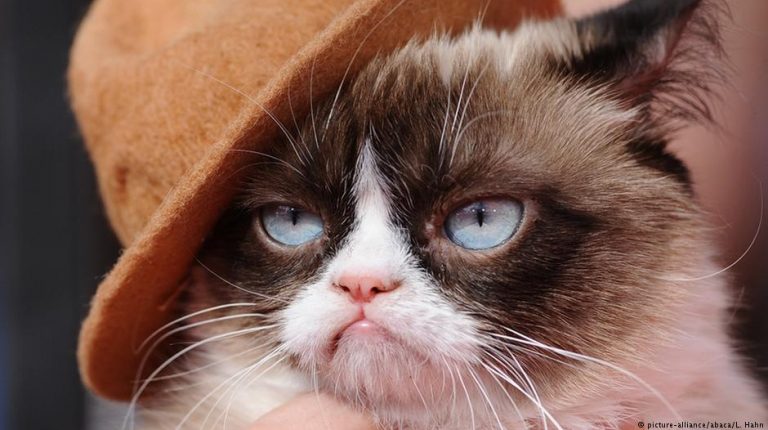 The feline behind the “Grumpy Cat” internet meme has won a major payout as part of a copyright infringement case against a coffee company. Grumpy Cat’s lawyer said it was likely the first time a meme had won in court.Internet phenomenon Grumpy Cat had reason to smile on Thursday after a jury in California found that that a drinks company had used her image on a range of unauthorized products.

The defendant, Granade Beverage, was ordered by the Californian federal court to pay $710,000 (roughly €570,000) to Grumpy Cat’s owner, Tabatha Bundesen of Morristown, Arizona.

Bundesen’s company Grumpy Cat Ltd, which owns the image rights to the cat, had struck a deal with the drinks firm to use the feline’s image on a range of Granade Beverage products, including drinks dubbed “Grumppuccinos.”

However, the Granade Beverage was found to have violated the agreement by also using the cat’s face on a number of unauthorized products, including ground coffee.

“We asked the jury what they thought was right and they came to the right conclusion,” Grumpy Cat’s lawyer David Jonelis said, adding that it was likely the first time an internet meme had won a lawsuit.

From house cat to internet celebrity

Grumpy Cat, whose dwarfism and pronounced underbite give her what looks like a permanent frown, became an online phenomenon after Bundesen’s brother posted a picture on the popular online message board Reddit.

Read more: Grumpy Cat is the new face of Opel

Online infamy quickly turned into hard cash, with Grumpy Cat (whose real name is Tarder Sauce) going on to become nothing short of a celebrity, making cameos in films and TV shows and appearing at red carpet premiers.

The frowning feline has also lent her face to face to Honey Nut Cheerios cereal and carmaker Opel. She also has a host of her own branded merchandise.