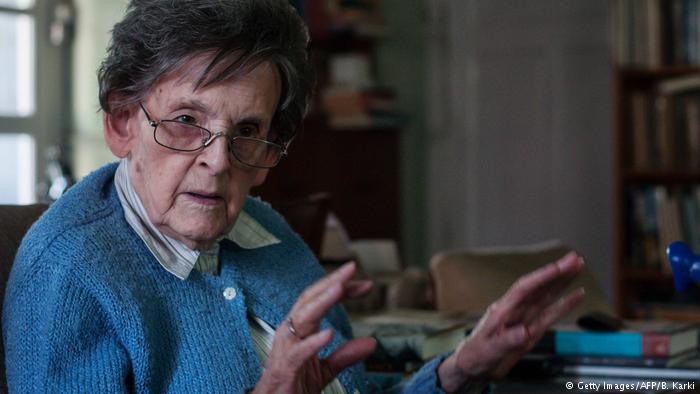 Every climbing season, Hawley would drive to mountaineers’ hotels in Kathmandu to grill them before and after their expeditions, earning her the moniker “the Sherlock Holmes of the mountaineering world.”Elizabeth Hawley, a leading chronicler of expeditions on Himalayan peaks in Nepal, passed away on Friday at a private hospital in Kathmandu. She was 94.

The former American journalist had been living in Nepal since 1960 where she earned the reputation of being one of the most authoritative voices on Himalayan mountaineering.

She founded the “Himalayan Database,” unofficial but the most reliable record book of major climbs of the peaks in Nepal, home to eight of the world’s 14 highest peaks, including Mount Everest. Until five years ago, Hawley managed the database, a necessary endorsement for climbers to gain global fame by validating their achievements.

Hawley, who was admitted last week to the CIWEC Hospital and Travel Medicine Centre in the Nepali capital Kathmandu, died early on Friday of complications arising from pneumonia, said Prathiva Pandey, a doctor at the hospital.

Hawley, who began documenting Himalayan expeditions in 1963, had become an unofficial arbiter of climbing-related disputes, despite not being a mountaineer herself.

Every climbing season she would get behind the wheel of her blue Volkswagen Beetle and drive to mountaineers’ hotels in Kathmandu to interrogate them before and after their expeditions.

“I guess I am quite forceful, I come to the point and if someone thinks they can evade my questions, they can think again,” she told the Agence France-Presse news agency in a 2014 interview.

Hawley was born in 1923 and graduated from the University of Michigan in 1946. She moved to New York to work as a researcher with Fortune magazine.

Bored of the job, she set out on a world tour in 1957, finally ending up in Nepal, shortly after it opened up to foreign visitors.

She began reporting for Reuters news agency in 1962 and landed her first major scoop during the 1963 US expedition to Everest.

Tributes for Hawley have been pouring in from mountaineers around the world.

Billi Bierling, a journalist and climber who now manages the Himalayan Database, remembered Hawley as a stickler for accuracy.

“The mountaineering world today has lost one of its most important pillars. Even though Liz Hawley was never a climber, she never wore crampons, she was interested in the people,” Bierling said.

“Kathmandu will be a lesser place without her and her original VW beetle,” wrote Cool on Twitter.

“But her memory will live on in the form of her life’s work,” Sherpa said.