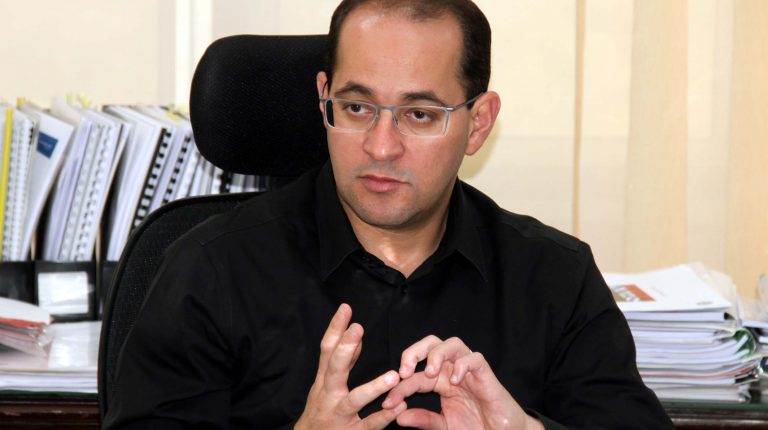 Deputy Minister of Finance for Fiscal Policies and Institutional Reform Ahmed Kouchouk said that the government’s energy subsidy restructuring plan has created opportunities in a number of sectors.

Kouchouk told Daily News Egypt in an interview that the increase in energy prices will bring a complete change in the ways goods are transported instead of the traditional methods through the use of transport vehicles; means such as marine and river transport will become more profitable and will attract more investors.

He said that the cost of transporting goods at the present time has a great competitive advantage and will see a surge in the future.

He said the reduction in subsidies gave opportunities for new and renewable energy companies after electricity generation from traditional sources became more expensive, and allowed companies to spend hundreds of millions on their energy efficiency programs.

The government raised oil and electricity prices twice in eight months to reduce energy subsidies, which soared on the back of the floatation of the pound and its subsequent losing of half its value against the US dollar.

The government intends to raise energy prices again in July, as part of its economic reform programme.

He noted that the Ministry of Finance, during the current period, seeks to build on the economic reforms carried out during the previous period and continue it in such a way that ensures the continuation of the pace of bridging the budget deficit, improving the structure of debt, and extending its deadlines.

He added that the next stage of the reform process is the transition from economic stabilisation to the stage of growth.

Kouchouk also said that dealing with growth comes on three main axes: to achieve high and sustainable growth through the private sector, including a measure of justice, both from the perspective of benefiting the greatest number of citizens and with focusing on the areas that were difficult to reach during the previous period while maintaining the current rates of economic improvement.

“The third axis is to achieve a continuous initial surplus, and to reduce debt rates to 80% of GDP by the fiscal year (FY) 2020/2021, and at the same time bring inflation down to under 10% in the medium term, and reduce interest rates,” he added.

He pointed out that the requirements of the private sector during the last period were the availability of energy, circulation of foreign currency without restrictions, and the provision of larger plots of land easily.

He noted that the dry ports project launched by the ministry through the central unit of the partnership with the private sector will help reduce the wasting of goods stored at ports, as well as strengthen customs clearance procedures.

In addition, Kouchouk said that one of the axes that the government will be working on in the coming period is the strengthening of competition and the entry of more investors into service delivery processes by expanding the creation of competitive independent entities in the productive sectors.

He added that the gas market regulation law has opened the way for the private sector to compete, while an independent regulatory body supervises the process and monitors the governmental and private sectors to ensure fair competition between the parties, which can be spread to other economic sectors such as electricity and transport.

“The creation of independent economic entities that have the confidence of investors comes in order to ensure fair competition,” he said

He pointed out that the ministry in the coming period looks forward to the establishment of nurseries for the children of women workers in order to create a greater opportunity for women to return to the labour market and to serve employees at good prices.

“We adjusted the initial surplus rate so that it becomes 0.2% at the end of June, down from the IMF’s estimate of 0.4%, while committing to an initial surplus of 5.5% in the coming three years,” he explained.

Moreover, he added that the targeted growth rate has been adjusted to 4.8% at the end of the current fiscal year, up from 4.5%, while the debt to GDP ratio was changed to 96% from 91%.

He noted that whenever the IMF is given figures, the situation changes from expectations to estimates and from estimates to actualities.

With regard to the budget for the next fiscal year, Kouchouk said the ministry aims to achieve an initial surplus of 2% of GDP.

During the past fiscal year, the ministry has succeeded in reducing the initial deficit ratio from 3.6% to 1.8%, down by 108%.

He added that the ministry seeks to bring down the deficit from 1.8% to a primary surplus of 0.2% of GDP, then a surplus of 2% of GDP by the coming fiscal year.

He said the average interest rates on treasury bills and bonds during the next fiscal year range from 14.5-15%.

On the estimated exchange rate in the budget for the next fiscal year, Kouchouk said that the government will change the way it deals with this issue; instead of estimating a certain price before beginning the budget as before, the exchange rate on the day the budget will be adopted for the budget throughout the fiscal year.

Furthermore, Kouchouk said that the aim of the issuance of €1bn bonds is to attract a number of investment funds and pensions from European markets which deal in small funds to Egypt through this mechanism, along with new types of investors through multiple investment patterns.

He added that the ministry was looking forward to going to the Asian market in 2018 to meet investors to complement the communication with investors in the US and European markets.

“We look forward to future meetings with these investors to showcase the economic reform programme and its results over the past period,” he said.

He added that the government is trying to create the greatest benefit to the financing and investment. “We no longer look at the financing gap as much as obtaining means of financing with more benefit, in terms of debt structure and cost.”

He noted that investors in international dollar bonds tend to invest in five-, ten-, and 30-year bonds, but the government is still able to offer seven-year eurobonds when there is demand on them.

On the issue of dealing with financial institutions after the end of the economic reform programme, Kouchouk said that a number of international institutions have worked with the government on budget support programmes such as the IMF, the World Bank, the African Development Bank, and the European Bank for Reconstruction and Development during the previous phase and the government will cooperate with them in the coming period in implementing investment projects that contribute to creating jobs and opening up new markets.

He added that Egypt now does not have a need for financial loans to support the budget in light of the existence of an international market to borrow from at reasonable rates of interest.

On the Asian Infrastructure Investment Bank (AIIB), Kouchouk, who is also the chief executive officer of the Group of Non-Asian and Non-European Countries at the bank, said that the bank is focusing on financing projects that increase connectivity and integration among countries as well as infrastructure, alternative energy, and green projects.

He added that the bank is currently seeking to finalise its policies to finance non-Asian member countries, including Egypt, for submission to the board of directors in April, adding that the boardof the bank will be invited to visit Egypt in 2018 to witness the results of economic reforms on the ground.

Finance Ministry to issue guarantees for solar projects in Aswan