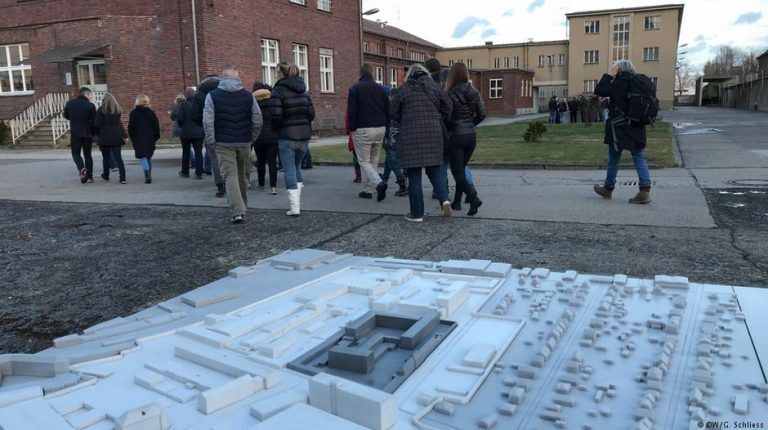 Berlin was not only East Germany’s capital, but also the center of the Stasi’s persecution. Many victims of that period feel forgotten. A memorial could help change that, believes DW columnist Gero Schliess.”Mauergleiche” (literally, wall equal): It’s a word that even I, as a German, needed to Google to decipher its meaning. Or do you know what it’s about?

Why am I asking? A friend has just invited me to a “Mauergleiche” party. Is it just another one of Berlin’s typical excuses for unrestrained alcohol consumption?

Party for the Berlin Wall?

The invitation details helped me to understand what they meant with “Mauergleiche.”

Drinking to the Berlin Wall? The symbol of the East German communist regime was infamously deadly. At least 140 people died trying to cross over from East to West Berlin, with East German border guards shooting many.

The Berlin Wall is gone, thank goodness — let’s drink to that.

Unfortunately, there’s also this equation to take into account: the longer the wall has been gone, the less we remember those who faced the injustices of the German Democratic Republic authoritarian regime. The victims of the Stasi, the infamous East German state security service, are at risk of being completely forgotten by the public.

Even in Berlin, apart from a few remaining sections of the wall and smaller memorials, there is little to recall this dark chapter of history.

I went searching for traces on a rainy afternoon in mid January. Hidden within a housing settlement is the Berlin-Hohenschönhausen Memorial. The cold stone monstrosity was once the Stasi’s main political prison.

From 1951 to 1989, more than 11,000 political prisoners were mentally and physically tortured here. The building has since been turned into a memorial and a museum.

Why we should expect more from Berlin in 2018

Monika Schneider is our guide. She was one of the people imprisoned here. Her crime: discussing plans with a friend to flee to West Germany.

She brings us down into a dark cellar. Here, prisoners waited for their trial for days, even weeks. They were packed into the restricted space without access to proper sanitary facilities or fresh air. They were sleep-deprived, and forced to remain standing all day. Schneider recounts the case of one woman who had to endure the situation for an entire year. Unthinkable!

These political prisoners were under constant surveillance, with guards even deciding on their sleeping position — if they were able to sleep. Schneider now jokingly refers to it as “supervised living.”

She manages to talk about the daily persecution with an almost surreal cheerfulness. I admire her for being able to do so. But what I’m hearing angers me.

How is it possible? Hardly any of the Stasi’s more than 90,000 full-time employees were convicted. The court justified its decision by saying they acted in conformity with the East German legal system.

While former Stasi employees now enjoy decent pensions, former political prisoners are left with a compensation of €300 (about $370) a month. In addition, these former prisoners are given a monthly pass for Berlin’s public transport system, making their daily lives easier.

But isn’t that sad? Politicians have hardly done anything to honor the victims, almost 30 years after the fall of the Berlin Wall. Shouldn’t there be more respect and recognition for the difficult lives of those who took such a courageous stance toward a dictatorship?

Memorial part of the coalition’s agreement

It’s hard to believe. Berlin, which has been dubbed by the daily Der Tagesspiegel as a “world capital of remembrance,” hasn’t yet dedicated a memorial to the victims of communist tyranny.

I discussed this with Christian Sachse from the Union of Associations of Victims of Communist Tyranny (Union der Opferverbände kommunistischer Gewaltherrschaft). The group has been calling for a memorial for the last decade, but they feel politicians have indefinitely shelved the idea.

They’ve been waiting in vain for a positive signal from Germany’s president or Chancellor Angela Merkel, but the issue isn’t one that’s likely to interest voters.

Don’t come looking for those famous German virtues in Berlin

But there has been some movement, at least, in the form of a recent parliamentary resolution for a memorial. Politicians such as former culture committee chairman Siegmund Ehrmann (SPD) and his CDU colleague, Marco Wanderwitz, tell me they’ve been working hard behind the scenes to push it through.

This time it could work, if — and only if — the memorial for the victims of communist tyranny finds its way into the coalition’s agreement, currently being worked out between Merkel’s CDU and the Social Democrats.

If everyone agrees, the memorial could even be inaugurated during the current legislative period. Admittedly, that doesn’t leave much time. Yet, nearly 30 years after the end of the communist terror, it wouldn’t be a day too early.