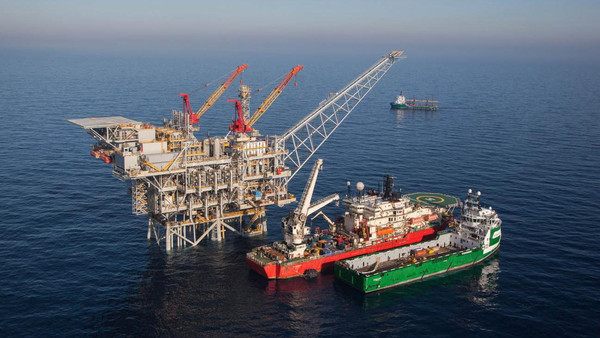 The Ministry of Petroleum aims to increase its production of natural gas by working to make five gas projects operational, on top of which comes the completion of Zohr gas field’s first phase and beginning the second phase of the Northern Alexandria West Delta deep field.

The ministry plans to complete the first phase of Zohr development project in the deep waters of the Mediterranean in June, and for production to gradually reach over 1bn cubic feet of gas per day, up by some 700m cubic feet per day now, after announcing early production from the well.

The giant Zohr field is among the most important discoveries achieved by the petroleum sector in recent years. The find was made by the Italian company Eni in August 2015, with reserves of some 40tn cubic feet of gas. It is expected to help Egypt surpass its sharp gap in energy supplies. The first phase of the project costs about $5bn.

The Minister of Petroleum and Mineral Resources Tarek El-Molla said in mid-December last year that production from Zohr field had begun. The output is transferred to the new land station in the Gemayel area in Port Said for treatment and repumping into the national gas network. The initial production amounts to 350m cubic feet of gas per day.

Before the end of this year, the ministry aims to complete the second phase of the development project of North Alexandria and Western Mediterranean (Giza and Fayoum) gas fields with rates of 500-700m cubic feet of gas per day.

The project is being implemented through a consortium of BP and the German company DEA AG.

President Abdel Fattah Al-Sisi opened the first phase of the project, which includes the Torres and Libra fields, last year in May, with a production capacity of about 700m cubic feet of gas per day, following operation of all nine wells of the two fields.

The development of the Atoll field for natural gas in the North Damietta area will also be completed to boost production to about 500m cubic feet of gas per day.

El-Molla had announced beginning experimental production of natural gas from Atoll at a capacity of 300m cubic feet per day.

Gas reserves of Atoll are estimated at 1.5tn feet of gas per day and 31 barrels of condensates. The project’s investments are estimated at $3.8bn, according to data previously obtained from the Ministry of Petroleum.

The development of the Nawras field in the Nile Delta, which is one of the most important Egyptian fields producing natural gas, continues. The total production of the field is more than 1bn cubic feet of gas per day, next to 10,600 barrels of condensates, and 230 tonnes of butane.

The Ministry of Petroleum seeks to accelerate the development of natural gas fields in the concession area north of Damietta in the east of the Nile Delta (Shallow Katameya 1). This is the third successful find for BP in Egypt, following Salamat and Atoll.

The exploratory well was drilled in water of a depth of about 108 metres. The well is located 60 kilometres north of Damietta City, 30 kilometres southwest of Salamat field, and only 35 kilometres west of Haby facilities area. BP owns 100% of this find.