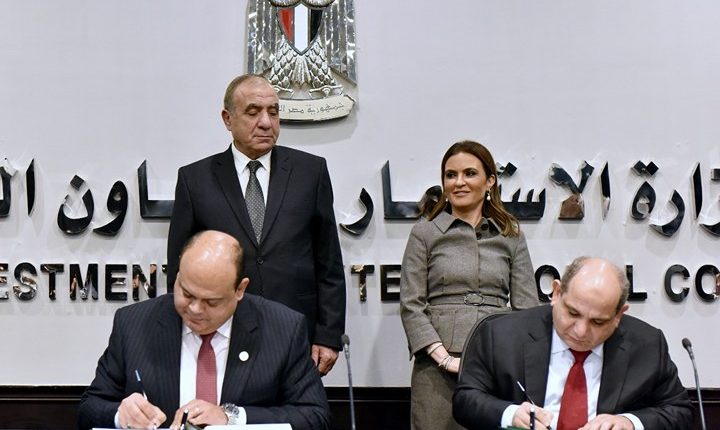 Governor of Matrouh Alaa Abu Zeid signed an investment agreement with the chairperson of Madar company for touristic villages and tourism investments, Mohamed Fouad Abu Al Yazid Beshtah, to establish an investment project in the governorate.

The signing was attended by Minster of Investment and International Cooperation Sahar Nasr and Minister of Local Development Abu Bakr El-Gendy, in addition to Nasser Abdel Latif, chairperson of Latif Group.

According to the agreement, the governorate will allocate a piece of land for Madar on an area of 5.2m sqm in Ghazala village in Dabaa, to set up an integrated investment project worth EGP 10bn.

The project’s implementation is scheduled to begin within six months and will be implemented long three stages.

For her part, Nasr stressed that this project is the largest Egyptian project after the adoption of the new Investment Law and issuing its executive regulation

Meanwhile, Abdel Latif said that this project aims at establishing an integrated tourism investment project on the northern coast, which aims to be a large touristic area like Sharm El-Sheikh, adding that the project will provide about 20,000 job opportunities.

Nasr noted that the Ministry of Investment and International Cooperation is keen to attract more investments to Matrouh governorate and is moving forward in light of the new Investment Law to close investment contracts in Matrouh.

She also assured that the ministry is moving quickly with Matrouh governorate to start implementing the Western Egypt project.

It is worth mentioning that the development of Western Egypt aims at creating an attractive area for foreign investments and to become a tourist destination throughout the year.

In this context, the governor of Matrouh said that his governorate, in coordination with Ministry of Investment and International Cooperation is working to establish an investment zone in Marsa Jarjoub, in the west of Matrouh governorate, as part of the development project in Western Egypt.

Finally, the minister of local development assured that Matrouh is at the top of the provinces that have promising investment opportunities, assuring that it will witness in the coming period the establishment of a great number of investment projects, providing many employment opportunities for its citizens.