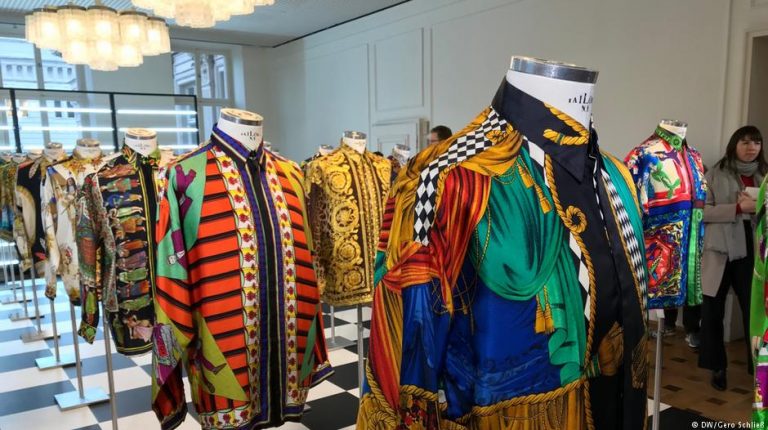 Gianni Versace may have been an Italian designer, but his ties to Germany go way back, and his fame extends worldwide. An exhibition in the German capital celebrates the 40th anniversary of the iconic fashion house.He was one of the greatest fashion designers of the last century: Giovanni Maria Versace, better known as Gianni Versace — or simply Versace. He created gowns for Princess Diana and Sting’s wedding tuxedo, among the many other clothes he designed for the rich and famous. With the help of his sister Donatella, Versace made his fashion house into a unique international brand. He led the glamorous life of a pop star, becoming the envy of many around the world. Yet his life ended tragically — in July 1997 he was murdered outside his villa in Miami.

Admirers around the world began collecting the Italian designer’s fashion creations, designs and drawings early on. Versace’s very first show in 1978 took place in the Germany city of Lippstadt. Now, to celebrate the 40th anniversary of his fashion label, a retrospective exhibition in the Crown Prince’s Palace in Berlin is showing pieces from private collectors around the world. The exhibition’s organizational team of international curators has called it the largest exhibition of Versace in the world to date. It also is coinciding with a Versace renaissance: according to German Vogue, the “sheer sexiness” of the famed designer’s work is being rediscovered.