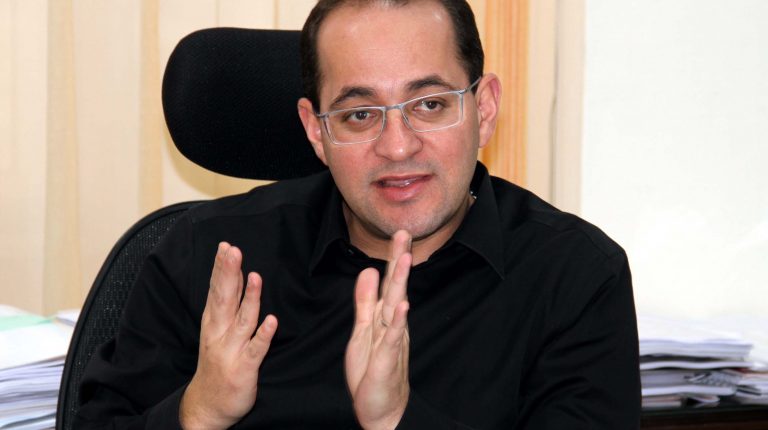 Marrakesh – ‎Deputy Minister of Finance for Fiscal Policies and Institutional Reform Ahmed Kouchouk said on Wednesday that Egypt intends to issue euro-denominated bonds before the end of the current fiscal year, after completing the issuance in dollars.

Kouchouk told Daily News Egypt, on the sidelines of the International Monetary Fund (IMF) Opportunity for All conference in Morocco, that most of Egypt’s European partners show interest in the country.

“The stability of the economic situation sends them a message of confidence,” he added.

Kouchouk, however, did not disclose the size of the offering.

Egypt seeks to offer dollar-denominated bonds on the global markets with a value of $3-4bn, amid expectations of lower interest rates compared to the previous two offerings in 2017.

The government borrowed $7bn in the past fiscal year through two issuances, the first in January worth $4bn, while the second took place in May worth $3bn, with maturity periods of five, 10, and 30 years.

Since Egypt floated the pound in November 2016, foreign investments in government debt instruments have been rising steadily as the investment environment improves, offering high return.

He pointed out that there has been a growing demand on investing in bonds, which reflected on offering lower interest rates on the 10-year bonds, which are now changing hands with return under 6% compared to 7.5% in January 2017, while the 30-year bonds reflected interest down from 8.5% to 7.3%.

Moreover, he said that reducing interest by 1% throughout the year saves the budget EGP 20bn, which is then refunnelled to important sectors, such as health and education.

During his participation in the Opportunity for All: Promoting Growth, Jobs, and Inclusiveness in the Arab World conference in Morocco, Kouchouk said that the reforms in Egypt in the past few years boosted growth to 5% in the first quarter of the current fiscal year, for the first time since 2008. He noted that this period saw the provision of about 275,000 jobs, which is 80% of the jobs created in both fiscal years 2013/2014 and 2014/2015.

As for the cancellation of energy subsidies for some sectors such as high-intensity energy sectorsm Kouchouk confirmed the impact, but said, “we, however, should not neglect the positive impact: proper pricing of energy and production inputs creates significant opportunities in previously worthless sectors,” he added.

For instance, he said, the river transport system witnessed demand from investors, as fair competition now exists, after cost convergence.

He added that he will meet with a number of Moroccan officials to review one of the technical means in the field of linking retail stores and sales in order to ensure a sound tax system, a field in which Morocco has made significant progress.

He welcomed the progress achieved by Egypt in the international budget transparency index, which has become 65, up from 115.

He said that the Ministry of Finance aims to reach the 40th ranking in the budget transparency index in the coming two years.