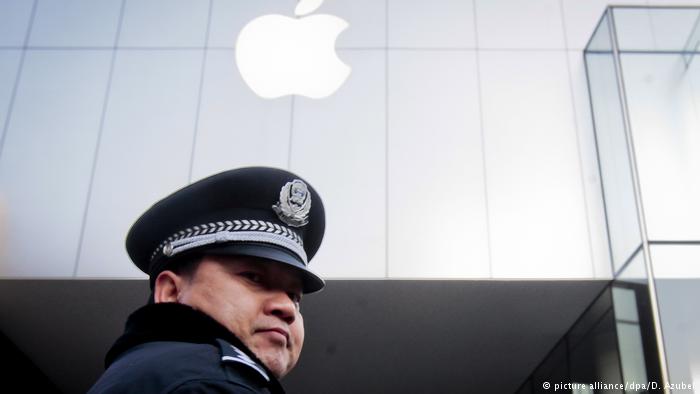 German firms operating in China almost always communicate with their home bases via safe VPN connections. For a long time, Beijing tolerated such networks, but it’s now cracking down on any remaining loopholes.The electronic gateway to your home base is called a virtual private network (VPN). The technology behind it enables computers to connect as if they were all in the parent company’s headquarters and hooked to the latter’s network that is safe from outside access and threats.

Using VPNs has become a standard practice for many firms to connect outlets with their headquarters. A VPN setup allows you to, say, send your China branch the latest building plans or debate issues related to the company’s future in-house strategy. In a secured VPN this is all doable with reduced fear that a third party is “listening in.”

The ‘Golden Shield’ watching over you

But without such a virtual private network, the risk of being watched is high in China. As early as 20 years ago, when the importance of the internet dawned on policymakers, China’s Ministry of State Security installed massive technology to control the web. The project, often dubbed “Golden Shield” or “Great Firewall” is a kind of border check for digital data, allowing almost any kind of censorship.

Sites which the government in Beijing doesn’t like can simply be blocked, as can services and apps. Facebook and Twitter have been blocked there since 2009, and Instagram since the end of 2014, with Skype falling into disgrace last year. Some DW content also keeps being affected by such restrictive measures.

Again, all these restrictions can be bypassed with a VPN, which means that employees at German firms in China are able to use Facebook or communicate with their families via Skype. But China’s tolerance of such networks looks set to come to an end with a new domestic law on cybersecurity.

VPN connections can still be used, but only if they come from a state-certified provider, of which there are three in China at the moment. Using such a connection is reported to cost the equivalent of €1,500 ($1,873) or more per month — a sum that’s bound to give small- and medium-sized enterprises a headache.

It remains unclear, though, if and when all other VPN providers will be cut off in the China. Some say this may happen as early as February; other sources say April 1. Apple for its part already removed all VPN-related apps from its China App Store last year, making it a lot harder to set up a VPN connection on iPhones or iPads.

Just how safe will connections be?

The changes ahead pose one crucial question: How safe will VPN connections set up through state-licensed providers be? After all, state-controlled IT providers have access to the underlying cable hardware, which potentially enables them to get involved in industrial espionage.

Ferdinand Schaff from the Asia-Pacific Committee of German Business (APA) believes German companies active in China will have to change their approach. “Our firms will have to think twice before sharing any sort of information with the China outlets; and the whole communications process will be changing.”

Schaff doubts, though, that firms will leave China because of the new restrictions. “Many companies have already acquired state-certified VPN access,” he said. Given the tremendous importance of the Chinese market, it would be anything but easy to turn your back on the country.

There are a few alternatives to using VPN technology, but all of them have issues of their own. Either they’re too complicated and hence not particularly user-friendly, or they are simply too slow and expensive.

“It would be possible to set up a leased line,” Schaff argued. “But that could cost you €10,000 or more a month,” making it a realistic option only for large companies.

Thus, most firms concerned will put up with the new regulations and accept a state-licensed VPN provider, all the more so since foreign companies are not really the primary target of Beijing’s restrictions. “The fact that foreign firms are impacted too is a kind of collateral damage that the Chinese authorities are taking in stride,” Schaff said. “The whole objective of the measure is above all to further tighten control over domestic communications channels.”