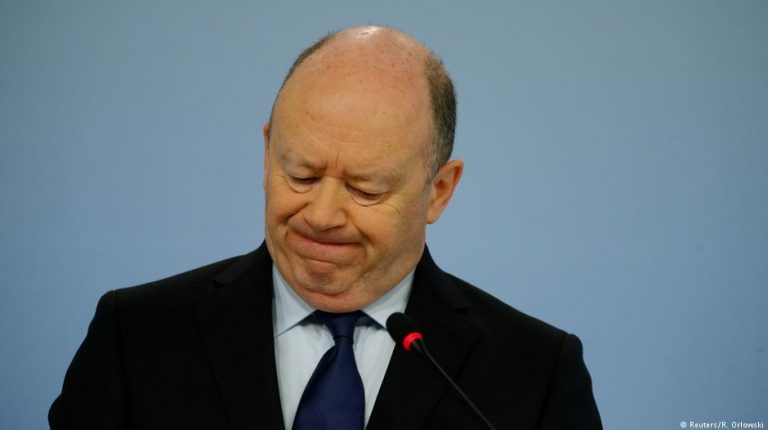 Again, there is no good news from Deutsche Bank. This time it’s Donald Trump’s fault, but that alone is not a good enough excuse. The bank needs to have a major revamp — and soon, says Henrik Böhme.For Volkswagen, it’s exhaust emission tests on monkeys. For Deutsche Bank it’s bonus payments for its investment bankers.

The beginning of the year brought bad news for Germany’s number one banking house. The bank had finished 2017 not with a profit, but in the red. Yet just days later it turned out that the bank had still generously filled the bonus pot; their investment bankers can now look forward to around €1 billion ($1.24 billion) of extra cash in March.

The bank’s management had asked for restraint, but that obviously didn’t work. Investment bankers are evidently endowed with an extremely strong urge to go wherever more money can be made, which is why the bank decided to hand out “retention payments” to keep talented bankers.

At the bank’s Frankfurt headquarters they don’t speak of bonuses — they prefer to say “flexible remuneration.” Deutsche Bank’s 57-year-old CEO John Cryan says he may have to go to Berlin to talk to the politicians who have vocally criticized the bonus payments. But they’re busy with other things these days and probably won’t have time.

As a consequence the bank invited journalists and analysts to Frankfurt to explain how, despite another year of losses — the third in a row — things will slowly improve whilst also showing how the restructuring of the business is progressing.

It’s true that a lot has happened in the last two years. It’s just a shame that the outside world is complicating matters. Zero percent interest rates don’t only hurt Deutsche Bank, but it seems to suffer more than most as a result of the high costs it has to bear compared to others in the sector.

The bank has also made progress on legal disputes and on upgrading its IT, which Cryan once called ‘stone age.’ Today he proudly says that instead of using 45 different systems, the bank now works with only 32. A lot done perhaps but evidently, more to do.

Draghi, Trump and a milestone

Of course if Mario Draghi, the head of the European Central Bank located just around the corner, were to raise interest rates it would help Deutsche Bank. A mere 1 percent increase would help the bank generate an additional €1.4 billion. So far Draghi hasn’t budged and probably won’t for the rest of the year.

But another man is doing something and this is annoying the German bankers. Donald Trump, the White House dealmaker, has thrown a wrench in the works of all banks that do business in the US. Now these banks have to take a high onetime write-off, denting everyone’s balance sheet. Yet in the end only Deutsche Bank really messed up and reported a loss, while other banks earned enough to make up for the hit. But as the old saying goes: Things have to get worse before they get better.

Cryan can keep pointing to the successes that undoubtedly exist, but somehow, there seems to be a curse looming over the bank’s twin towers in Frankfurt. When one fire is extinguished another new one flares up somewhere else.

For example, many at the bank were happy when HNA, a new major investor from China, emerged. Now that conglomerate is apparently having financial difficulties. That’s a problem, especially when you consider that they control around 10 percent of the bank.

After taking office in summer 2015, Cryan proclaimed that 2018 would be the “year of a turnaround.” He has now completed half of his five-year contract. In 2020, the once proud and important Deutsche Bank will celebrate its 150th birthday. It remains to be seen if Cryan will still be the boss when the festivities start. Big creditors and small shareholders are all eagerly awaiting good news. Can he deliver? The bets are on.