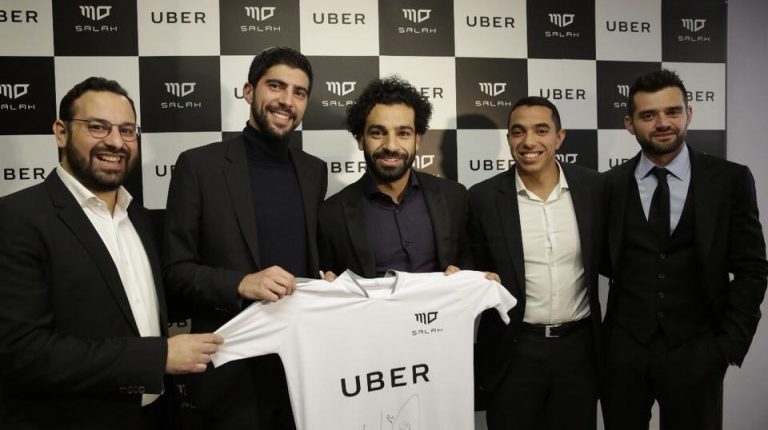 Uber Egypt signed a contract with MS Commercial to feature Mohamed Salah as its brand ambassador for 2018, according to a press statement issued on Saturday.

Moreover, the statement indicates that the partnership aims to provide fans with an opportunity to engage with Salah, in addition to shooting an advertising campaign starring him, and will include limited signed merchandise for fans as well.

“This year is going to be a great year for Egyptian football and we thought what better way to celebrate than by signing Mohamed Salah to be our brand ambassador. As a world renowned player that has help put Egyptian football on the map, we thought it only made sense that he is made to be the face of Uber Egypt this year.” Abdellatif Waked, general manager of Uber Egypt, commented.

On the other hand, Salah also expressed his enthusiasm, explaining that his excited to be the ambassador for a brand which is passionate about football.

“We are very excited to sign a partnership with MS Commercial to feature Mohamed Salah that will bring fans closer to him and help keep the football living legend close to his fans back in his home country,” commented Nour Ahmadein, senior partnership manager, Uber Egypt.

The signing with Salah follows Uber Egypt’s partnership with Al Ahly SC last year, and is part of Uber Egypt’s dedication to becoming a part of Egyptian football fans’ experience.