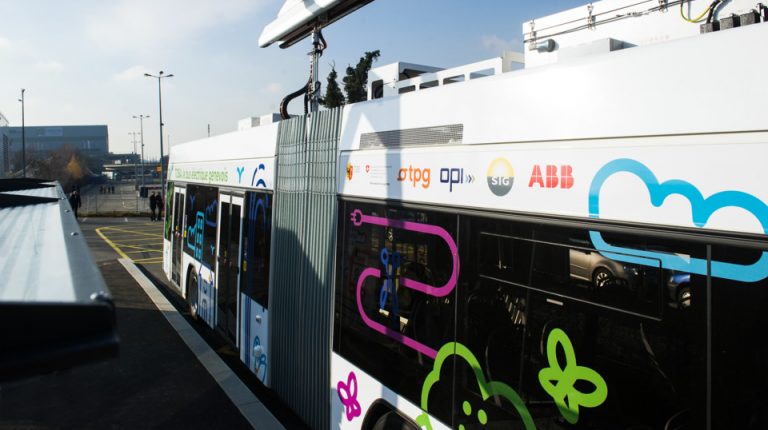 Revolta Egypt seeks to complete a large part of electric cars’ charging stations infrastructure in the governorates of Egypt during 2018. This comes as part of a comprehensive plan to expand the use of electric cars in the country.

“Revolta Egypt is an independent Egyptian company, not a branch of Revolta Russia, but there is commercial and technical cooperation between the two companies,” said Mohamed Mustafa, chairperson of the company.

He added, in an interview with Daily News Egypt, that he was a member of the parent company of Revolta in Russia until 2013 and left his post to set up the infrastructure of the charging stations in Egypt.

Revolta Russia was the first to start implementing electric vehicle infrastructure in Russia and is expanding in Poland and Ukraine.

He pointed out that Revolta Egypt aims to open the first seven stations for electric cars within weeks and to complete the first phase of the network of terminals within petrol stations or major service centres.

Mustafa said that the company has developed a plan to spread the culture of electric cars in Egypt. Therefore, Egypt will participate in a joint conference between Egypt and Jordan in March to exchange experiences regarding electric cars.

He added that the company does not aim to establish its own stations because electric power stations differ from normal stations, and cars take a long time to be charged and not a few minutes as for regular fuel vehicles.

Mustafa explained that the stations must be in service or commercial complexes so that car owners can be entertained while waiting until their cars are charged.

Therefore, instead of establishing large complexes for stations, which would be a huge cost, the stations will be inside large shopping centres, major service complexes, or petrol stations.

He said Revolta Egypt agreed reached an agreement with Wataniya petrol to cooperate. The company will select stations based on sound geographical distribution to provide electricity for cars anywhere to avoid disruptions.

The agreement with Wataniya includes the use of any station throughout the republic. “The best thing about this agreement is that Wataniya will have fast charging lines and we are on our way to contract other stations to expand our geographical scope,” Mustafa said.

He explained that electric cars have their own customs law, which was passed in March 2013, exempting electric cars from customs permanently. However, they are not exempted from value added tax (VAT), which is 14%.

Mustafa said the company, in 2015, presented a study for a project to construct infrastructure for electric charging stations, which has not yet been reviewed.

He added that the company’s requests are not material, but administrative. The most important of these is not imposing any additional fees on electric cars, exempting them from traffic fees, and motivating citizens by lifting road fees for electric cars In addition, Revolta Egypt seeks the opening of importation of used electric cars for a maximum of five years, to enable people to buy electric cars in good condition at lower prices.

Mustafa explained that this experience has succeeded in a number of countries in the world with similar economic conditions to Egypt’s, the closest being Jordan. The company is fully prepared to guarantee used cars that will be provided for three years, and if the door is opened to imports, this will allow us to import electric cars with prices starting from EGP 250,000.

He pointed out that electric cars will preserve the state’s money wasted on subsidising fossil fuels, therefore, the state should support electric cars.

Mustafa added that the manufacture or assembly of electric cars in Egypt will not save much because electric cars are exempt from customs in the first place. Additionally, parent companies reject manufacturing electric cars outside their parent factories, except for Renault, which will open a production line for its Zoe electric model in Morocco within months.

“There is a very good opportunity to work on the provision of freight terminals in the administrative capital, which is under construction, and we can build the stations very easily, but what we need is permission from the state and planning the available places for that,” said Mustafa.

He explained that the company will invite Ahmed Zaki Abdeen, chairperson of the New Administrative Capital Company, to open the first seven stations, to see the experience closely, and discuss ways of joint cooperation.

Mustafa said the company does not focus mainly on selling cars, but also on completing infrastructure. In part, it started negotiating with various car dealerships to offer electric cars through them in Egypt.

“We will not see new vehicles sponsored by agents before six months, because it requires studies and negotiations with parent companies, but we will provide the market with Tesla cars’ different models, Hyundai Ioniq and Nissan Leaf,” said Mustafa.

He added that after the opening of its seven stations, “we will launch the first showroom for electric cars in Egypt, and will include all models that we work with.”

Mustafa explained that the company will not provide maintenance services for cars. However, it will be provided by the agent of each car separately, and the maintenance of electric cars is easy and not as expensive as ordinary cars. This is because electric cars have no engines, oils, or filters, but are similar to normal cars with regard to suspensions and brake systems.

Batteries have an average life expectancy of about seven years, and cars, batteries, and electric motors are guaranteed for five years by Revolta if the car is purchased through the company.

Mustafa said that the experience of using the first 15 public transport buses in Egypt from BYD Company is positive and very promising, but there are better techniques with lower costs in the field of public transport.

The buses, he said, have vert high prices because of their need for large batteries to move the bus and its passangers easily, and the cost of operation is high and may cause the consumption cost to be greater than the cost of running diesel, and recharging the battery takes five hours and has a range of only 200 kilometres, though it is environmentally friendly.

Mustafa added that the company is planning a project throughout the republic to facilitate public transport through the provision of buses with a highly advanced technology. These buses will come with small batteries and will be of a smaller size compared to other buses, and will be equipped with flash charging (high-speed chargin), which will allow the bus to be charged when stopping to load and unload passengers.

In addition, the price of the bus will be much lower than the other buses due to its small battery, and can be operated over 24 hours non-stop without needing to be recharged at a garage like other electric buses. Such buses are already operating in Sweden and London.