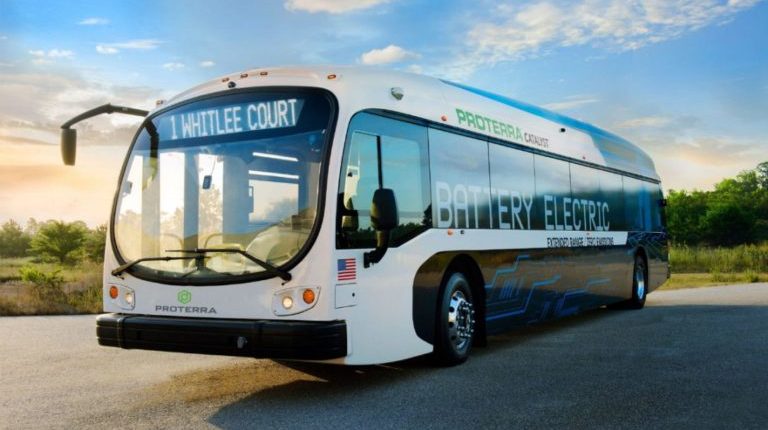 As the emissions from vehicles continue to fog the future of planet earth and the environment, more electric vehicles are expected to take over the world in the few upcoming years in the transportation sector worldwide, in an attempt to lead to a healthier planet, and hence, healthier—albeit probably more expensive—lives. In addition, with the increasing prices of oil and the inevitable dependence on it, electric vehicles seem to be the ultimate option during this time, and certainly a winning card in the near future.

Electric vehicles can significantly reduce city pollution thanks to their zero emissions. According to TreeHugger, a sustainability website that was previously named by Time Magazine’s blog index as one of the top 25 blogs, said that using an electric car would result in a 30% reduction in the emissions of carbon dioxide (CO2) in the United States of America.

Looking at the public transportation sector worldwide, there seems to be a trend to employ more electric vehicles on the streets with the aim of both saving money and reducing harmful emissions. A new report recently issued by Bloomberg New Energy Finance (BNEF) has predicted that approximately half of the local buses on roads worldwide will be electric. This is expected to happen within a period of seven years. China is expected to take over the global market in this aspect, as it actively targets cutting urban pollution and supporting domestic manufacturers.

According to Bloomberg’s report, the total number of electric buses in service is expected to increase threefold, from 386,000 in 2017 to nearly 1.2m in 2025, which is an equivalent of 47% of the global city bus fleet.

Public buses are a main part of the urban transit infrastructure, and the fact that they serve routine fixed routes makes them ideal for electrification, according to Business Mirror.

“Cities across the globe increasingly see electric buses as a way to reduce local air pollution, and such municipalities as Paris and Amsterdam have set goals to switch to zero-emission buses in the coming years,” Bloomberg reported.

“China will lead this market, due to strong domestic support and aggressive city-level targets,” said Aleksandra O’Donovan, an analyst at BNEF and the author of the study. By 2025, the report said, the country will account for 99% of the world’s battery-powered buses.

Electric buses are deemed more expensive than their counterparts that are fuelled by diesel or natural gas; however, according to the BNEF study, battery-powered buses offer a lower total cost of ownership taking fuel and maintenance expenses into consideration. The expected decline in battery prices is even expected to make the costs of some electric models competitive with a diesel version by year 2026.

Interestingly, the Chinese city Shenzhen became the first city in the world to have a citywide all-electric bus fleet, in addition to a target to convert all its 17,000 taxis to electric ones by 2020. Currently, about 63% of them are electric, according to Strait Times.

What will the future of public transportation hold in the few upcoming years with the raging plans worldwide to switch to the more eco-friendly electric vehicles? Will this be achievable? Only time can tell.