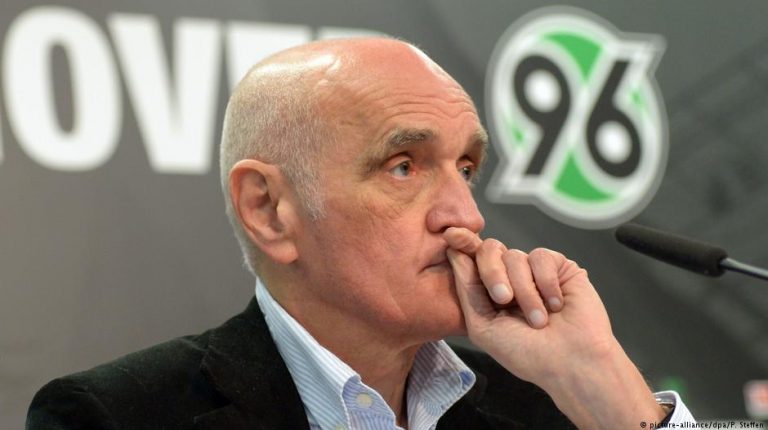 The president of Hannover has halted his application for an exception to a rule that prevents him from taking a majority stake in the Bundesliga club. The DFL has called for a fundamental debate on the “50+1” rule.The German Football League (DFL) announced following a board meeting in Frankfurt on Monday that Hannover’s president, Martin Kind, has put his application to be granted an exception to the “50+1” rule on hold.

“With this background, until further notice, no decision of the DFL board on this matter is required,” the DFL said in a statement posted on its website. “The majority ownership at Hannover therefore remains unchanged.”

The DFL had been expected to use Monday’s meeting to rule on Kind’s application, as he seeks to get around the rule, which requires that just over 50 percent of a Bundesliga club’s shares be held by the club’s membership. The rule is designed to prevent wealthy outside investors from sweeping in and seizing control of clubs overnight – something that distinguishes the Bundesliga from other major football leagues such as England’s Premier League or Spain’s La Liga.

However, exceptions to this rule may be granted, provided that an individual or entity has invested heavily in a club over a period of at least two decades, and Kind argues that he qualifies under this provision. The only existing exceptions to the rule are Hoffenheim, Bayer Leverkusen and Wolfsburg. There has been significant opposition to his efforts to take a majority stake in the club, including from the group of Hannover supporters known as ProVerein1896.

While the DFL declined to issue a ruling on Monday, it said that it recognized that there needed to be a “fundamental debate” about the wording and implementation of the 50+1 rule in an effort to ensure that it adequately combined the “important principles of German football culture” while “at the same time opened new investment opportunities.”

It said this process would be independent of any future action from Hannover or Martin Kind and that no commitment had been made regarding potential changes to the rule.

For its part, Hannover welcomed the DFL’s call for debate as a partial victory, saying it represented “a big step in the right direction.” Martin Kind is to discuss the issue further at a Tuesday press conference.