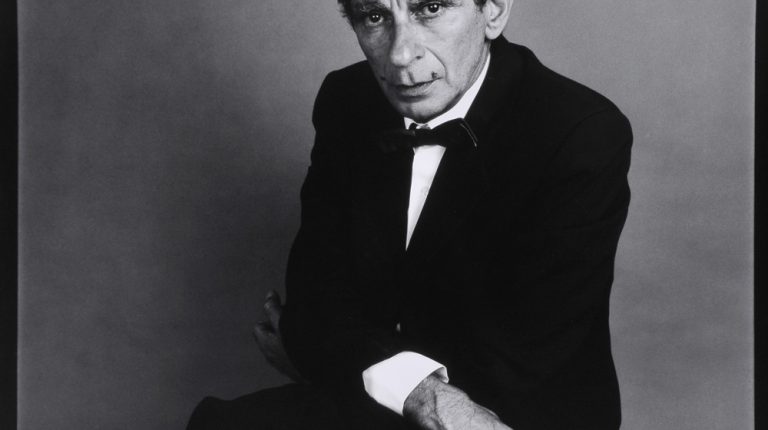 Egypt’s film industry will celebrate Egypt’s greatest filmmaker, Youssef Chahine, on the 10th anniversary of his death in 2018.

Directing over 40 films and documentaries in his lifetime, Chahine left behind a staggering body of work and a legacy that continues to inspire the development of Egyptian cinema and culture.

Trained in the United States and a long-time Hollywood fan, Chahine returned home in 1948, drawing from the melodramas popular at the time, but injecting a note of social realism.

While Chahine is well-known worldwide, and in 1997 was awarded the Cannes Film Festival’s 50th anniversary Lifetime Achievement Award, his relations with the Egyptian authorities had often been difficult.

He never shied away from controversy during his long career, criticising US foreign policy, as well as Egypt and the Arab world. Born in 1926, the son of a Syrian lawyer and a strong Wafd Party member, Chahine was educated at the prestigious Victoria College and studied cinema at the Pasadena Playhouse near Los Angeles.

Chahine made his directorial debut at age 24 with “Baba Amin” (Father Amin) in 1950. The cultural changes instigated by the 1952 revolution allowed Chahine to break away from mainstream cinema. His international breakthrough came in 1958 with “Bab El-Hadid” (Cairo Station).

Widely regarded as one of the greatest accomplishments in Egyptian film history, the gritty social drama chronicles the psychological breakdown of an alienated, impoverished, and sexually repressed newspaper vendor. Bab El-Hadid was one of the first local films to explore the struggle of Egyptian individualism against society and the contradictory relationship that governs their interactions.

In 1963, Chahine released “Saladin”, a historical epic about religious tolerance and Arab unity. The film was also a subtle declaration of Chahine’s commitment and support to Gamal Abdel Nasser and the 1952 revolution. Chahine continued to explore those themes in his next two films, “Fagr Yom Gedid” (Dawn of a New Day, 1964) and “Al Nass wal Nil” (People and the Nile, 1968).

The 1967 Israeli defeat of Egypt forced Chahine to defy the system and question Nasser’s regime. “Al-Ard” (The Land), a tragic masterpiece of the crushed peasant unity against Nasser’s land policies, was released in 1969, earning him his third of five Golden Palm nominations at the Cannes Film Festival.

From 1964 onwards, when he produced “Fajr Youm Gadid” (Dawn of a New Day), Chahine began analysing Egyptian society’s many problems with the aim of releasing movies “that opposed ignorance and mystification.”

Co-produced with Algeria in the 1970s and France in the 1980s, his films also highlighted world problems raised in both western and Arab cultures.

In 1963, for example, he used the oriental story-telling tradition—a genre ignored by Egyptian cinema—for Saladin, an epic three-hour movie about the 12th century leader preparing to liberate Jerusalem from the Crusaders, which draws parallels to then-president Nasser.

“Al-Ikhtiyar” (The Choice, 1970) captured the confusion of Egyptian intellectuals after the 1967 defeat, while 1972’s “Al-Asfour” (The Sparrow) was a direct attack on the corruption of Nasser’s regime and also championed the heroism of ordinary Egyptians. Because of its highly controversial tone, Al-Asfour was banned for two years by the Sadat regime.

By the end of the 1970s, Chahine started to create more introspective films with “Iskinderiya…Lih?” (Alexandria…Why?), the first of his four-part autobiography for which he won the Silver Bear at the Berlin Film Festival in 1978.

By the mid-1980s, Chahine began experimenting with both narratives and visuals, dwelling into the realms of fantasy and surrealism, influenced by Italian maverick Federico Fellini.

Never one to shy away from controversy, Chahine was the first Egyptian filmmaker to depict homosexual characters on screen in Iskinderiya…Lih? His semi-biblical adaptation of the story of Joseph, “El Mohager” (The Immigrant, 1994) was marred by a series of lawsuits from Muslim and Christian lawyers. It was also banned temporarily.

Chahine was also a member of the political opposition group Kefaya and a critic of former president Hosni Mubarak.

He claimed the Egyptian government stopped subsidising his films after his 1973 cult movie Al-Asfour, which attributed the Arab defeat in the 1967 war against Israel to the corruption of the political classes at the time.

His works opened the way for other filmmakers, such as countryman Yousry Nasrallah and Tunisia’s Nouri Bouzid.

He died in a Cairo in January 2008 after several weeks in a coma.