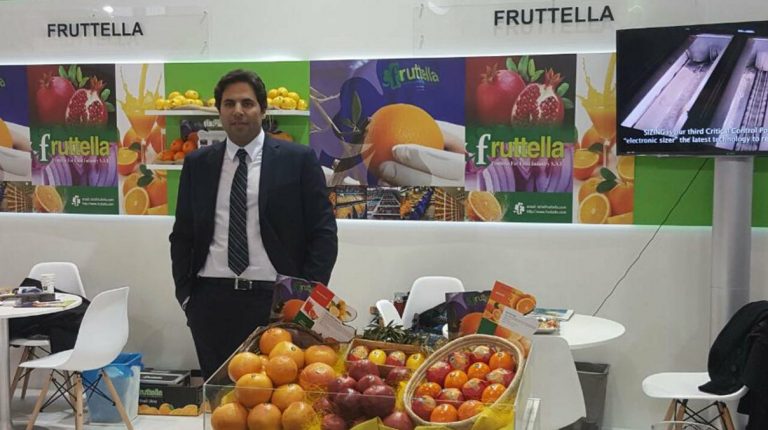 Fruttella Agricultural Crops is looking to raise its sales by about 40% this year by increasing exports.

Ahmed Sarhan, managing director, said that Fruttella bought an electronic sorting line for citrus last season to ensure compliance with international standards of exports.  Fruttella seeks to increase the value of its exports in 2018 to EGP 140m, up from EGP 100m last year.

Sarhan explained that the increase will be achieved by increasing the quantity of products directed to the domestic and foreign markets by about 5,000 tonnes, to reach 23,000 tonnes, up from 18,000 tonnes last season.

Fruttella produces citrus frutis, alongside pomegranates, grapes, and mangoes. Most of the products are exported, especially oranges.

He explained that the planned increase in quantities will be directed to the Canadian, African, and Australian markets, as they are promising new markets, supported by increased demand for Egyptian citrus.

Fruttella exports to most of Europe, as well as Singapore, Malaysia, Vietnam, China, Kenya, Nigeria, and the Arab Gulf countries, but the Netherlands and China hold 60% of total exports, while Africa only represents 4% through three countries.

According to Sarhan, the markets of China and Australia are promising for Egyptian citrus. However, the current season witnessed a significant increase in prices of citrus by farms, more than the increase in international prices, which affects the competitiveness of Egyptian products, especially compared to Turkish and Spanish ones.

He pointed out that the increase in the value of Egyptian crops last season was supported by the lack of production of China, and Egyptian farmers expected the recurrence of the situation this year, and maintained high prices, which awarded the competition to Spain and Turkey, while international prices fell.

The current season for oranges started at EGP 3,250 per tonne, went up to EGP 5,000, before falling again to EGP 3,500, compared to EGP 2,500 last season.  “Farmers have an excuse for the high production costs, but their prices were above market potential,” he said.

Sarhan warned sorting and packaging stations on the coming accumulation of oranges, as a result of increased production, which is reflected on prices in the domestic market.

Sarhan predicted that summer orange prices will fall from EGP 7,000 per tonne this season to EGP 4,000 per tonne in the coming season.

He pointed to the importance of the African market but called for increased trade representation there to provide marketing reports, data of the leading companies in the import sector, and facilitating easier transport.