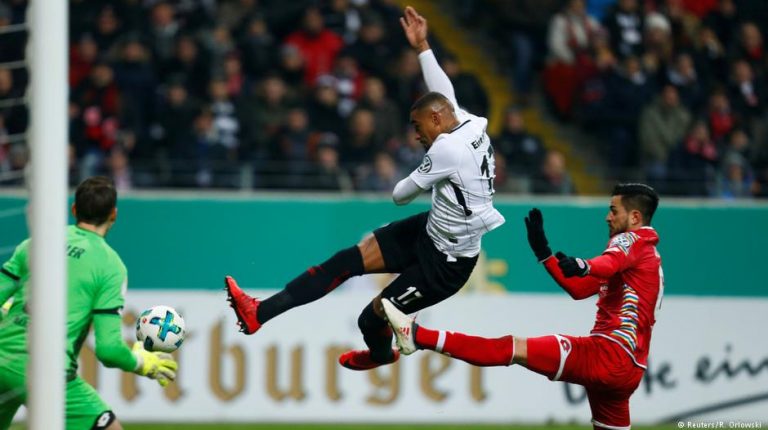 Eintracht Frankfurt were gifted a place in the German Cup semifinals as they continue to go from strength to strength under Niko Kovac. Nevertheless, the Eagles are keen to avoid the pitfalls of the previous campaign.As has so often been the case this season, Frankfurt put in a solid, no frills performance, ruthlessly punishing Mainz’s three miserable mistakes to secure a 3-0 win in front of home support on Wednesday night.

For the second straight season, the Eagles are well on their way down the ‘Road to Berlin’ and, now that they’re no longer flying under the radar, can last season’s finalists be considered genuine contenders for the German Cup title?

Frankfurt have fashioned themselves into one of the least desirable opponents in German football, a side that none of the other remaining teams will want to face in the final four.

After seeing the Eagles climb as high as third before finishing last season in 11th, however, the level of skepticism surrounding their progress in the current campaign was predictable. Many were expecting Eintracht to tail off in a similar fashion.

Since the winter break though, Kovac’s charges are making a habit of proving their doubters wrong. Results like the 3-0 loss to Augsburg are out of the ordinary, while gritty, narrow victories are a staple of their season.

The Croatian has joked about his side’s inability to score more than twice. They were given a big helping hand by Mainz, but their style of play is predicated on the balance between a disciplined backline and hustle and bustle frontline.

The unforgiving core of Makoto Hasebe, Omar Mascarell, Kevin-Prince Boateng and Sebastian Haller are complimented by a supporting cast who have all embraced the grind demanded by Kovac.

Boateng is the creative fulcrum, while Haller has proven to be a more athletic version of Alex Meier, capable of wreaking havoc in opposition backlines.

With Marco Fabian back from a lengthy spell on the sidelines, the Eagles the lowest scoring side in the top half of the Bundesliga have received a timely offensive boost ahead of a key run of fixtures.

Positive results against Köln, Stuttgart and Hannover will bolster their chances of a return to Europe, but with Leipzig and Dortmund featuring amongst their next five opponents, Frankfurt have a chance to make a real statement against key opposition in the race for Europe.