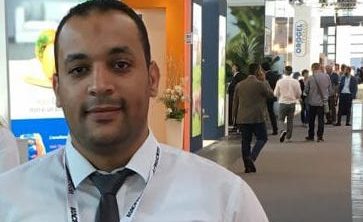 Pyramids for Agro Industries targets increasing its exports this export season by 150% to reach 54,000 tonnes, up from 20,000 tonnes last season, through expanding exports to its traditional markets and working to penetrate new ones.

Sameh Ramadan, director of export at the company, said that the total exports during the last season, 2016/2017, reached $10m for 20,000 tonnes of oranges and some other crops. The company seeks to increase the quantities to 45,000 tonnes this season.

He added that the company is currently exporting to some markets, including some countries in Europe such as Belarus, with plans to expand in East Asia as it is a promising market. Ramadan also said China is considered one of the most important markets for the company in particular and Egyptian crops in general.

Ramadan praised the decision to resume flights from Russia and its importance to Egypt because of the importance of the Russian market, especially as some of the countries that Russia was dependent on to cover its agricultural crops needs, suffered crises in production, including Spain.

He explained that Pyramids for Agro Industries will start exporting potatoes to Russia for the first time this year, where it has already contracted to export 300 containers initially. The company will also export strawberries for the first time.

Pyramids for Agro Industries owns two stations for the production, packaging, and sorting of agricultural crops, with a capacity of 35,000 tonnes per station. Only one has been used to cover the company’s demand, while the other was leased to other organisations.

Ramadan said that the company will not rent the second station this season and will use it to raise its export capacity.

Oranges, with its varieties, is the main crop of Pyramids for Agro Industries. The company seeks to increase the area cultivated by adding 5,000 feddans in Wadi Natrun and Suez, in addition to expansions in other crops such as potatoes, strawberries, and pomegranates. Productivity in quantities is expected to increase by 20,000-25,000 tonnes of oranges.

Ramadan called on the government to follow up on exporters and solve their problems in some countries. He said that there is a problem in Bangladesh, for example, which is an important market, with letters of credit, which makes importers postpone their payments and do not adhere to the prices agreed on.

He pointed to the importance of the intervention of the Egyptian Embassy in Bangladesh and demanded its central bank to enforce the letters of credit to ensure the rights of Egyptian exporters.

Ramadan pointed to the importance of the requirements set by the Ministry of Agriculture during the past year to ensure the export of high-quality products and maintain the reputation of Egyptian products.

He added that the committed companies will not find any difficulty in complying with these commitments, expecting no problems after their implementation and commitment.

Ramadan called on the Agriculture Export Council (AEC) to expand its participation at foreign exhibitions, considering their importance to companies, noting that foreign missions do not match exhibitions that allow direct meetings with the clients.

Pyramids for Agro Industries is considered one of the leading companies in Egypt specialised in exporting citrus products, along with vegetables and other fruits.

The Ministry of Agriculture has issued publication no. 54, which includes the necessary measures to implement the agricultural exports system in accordance with the joint ministerial decision of the Ministries of Agriculture and Trade and Industry no. 670 of 2017.