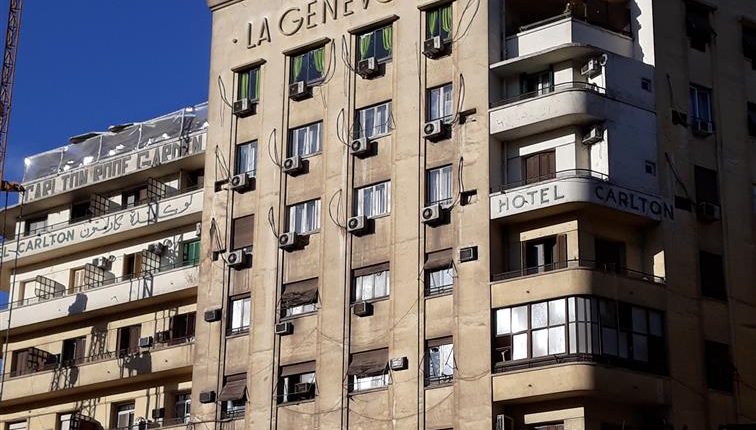 For those who admire Swiss places and feeling the uniqueness of their atmosphere, Swiss Trail is the latest mobile application that brings to prominence Swiss landmarks in Egypt. The app was created by the Embassy of Switzerland in Egypt, in collaboration with the Swiss Club Cairo, with the aim of connecting people with the Swiss-influenced landmarks across Cairo, including historical hotels, villas, gardens, and buildings once built or run by Swiss citizens in Egypt.

Through GPS systems, users, with the help of the application, get to know the landmarks and the distances needed to reach them from where they are located, as well as access detailed information about each venue, including its historical links to Switzerland and photographs and passages about the various places as outlined in historical books.

“It is extraordinary to see how Swiss entrepreneurs, artists, and architects have left their legacies across the Egyptian capital,” says Paul Garnier, the ambassador of Switzerland to Egypt, adding, “Swiss Trail follows the innovative and pioneering spirit that has created fascinating historical and cultural ties between Egypt and Switzerland. We have launched this phone application to make the knowledge of these strong links accessible to everyone.”

Some of Egypt’s most famous spots, like the Windsor Hotel and Groppi Cafe in Downtown Cairo, are among the spotlighted venues in the app.

“The popular Downtown Cairo area in particular is home to many Swiss-influenced sites. A stroll through the neighbourhood with the app shows that there is a more prevalent Swiss touch to the area than most people know,”  Garnier added.

Swiss Trail is supported by Presence Switzerland, the unit of the Swiss Federal Department of Foreign Affairs responsible for transmitting general knowledge about Switzerland overseas.