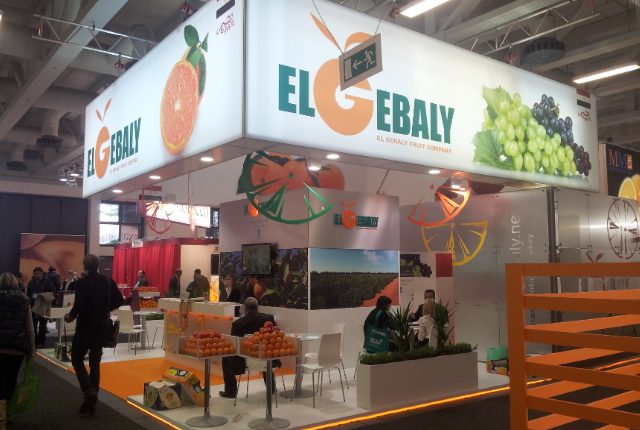 The executive management of the company told Daily News Egypt in an interview that they invested EGP 600m to increase cultivated land to boost production by 10,000 tonnes, to increase to 200,000 tonnes in the coming period, of which 80% will be exported.

He pointed out that the company has a strategy to diversify its products during the next few years after the success and stability of the experience of citrus, which will begin with mangoes and pomegranates.

The company seeks to trade in many other products which are produced during times different than the citrus, mango, and pomegranate season.

He explained that the company aims to account for 10% of total citrus exports of last season to reach 150,000 tonnes this season.

Moreover, the company aims to open new markets outside Egypt to meed the demand of its clients throughout the year, which will benefit the company and help strengthen ties with suppliers from around the world, in addition to exchanging expertise.

The company aims to continue the work cycle throughout the year, next to completing investments for establishing refrigerated warehouses and production lines required for packaging.

In terms of high agricultural production costs over the past two years, Mohamed El Gebaly said that the company is working with suppliers and clients at a certain level of efficiency to help overcome obstacles.

He pointed out that the company’s work has been affected by the economic reforms implemented by the government during the past years, but the decisions were not in vain and everyone knows that they were necessary to adjust the situation of the Egyptian economy which was incorrect, he said. “These reforms naturally take time to reflect positive results,” he stressed.

Mohamed El Gebaly said that the Egyptian economy overcame the challenges and obstacles faced in recent year, adding that the company is optimistic that the coming period will be better, both in terms of investments and production spanning all industrial sectors.

He added that the investment climate in Egypt has become suitable for those wishing to enter the market and start investment activity or those who want to expand and increase the size of their business in the market.

Commenting on the future plans of the group, Hemdan El Gebaly, vice chairperson, said that the management is restructuring the group’s subsidiaries in preparation to list Hama Holding for Financial Investments on the Egyptian Exchange (EGX).

He added that the offering shall become one of the biggest offerings on the EGX in the agriculture sector.

He pointed out that the Egyptian agricultural sector is young and full of untapped investment opportunities, supported by the geographical location and climate.

He noted that taking advantage of the economic reforms takes some time, and the economy still needs more reforms to meet the needs of business and investment in Egypt.

Furthermore, Hemdan El Gebaly said that reforms should be viewed as an entire platform. “They should be applied in accordance to priority, to begin with the sectors that bring the best return for the macro economy in terms of annual revenues and by reforming all aspects of the sectors to ensure the success of the reforms,” he explained.

“If we talk about the agriculture sector, and if the state is interested in exporting, they should know that developing the domestic trade and targeting packaging and transportation in the local market will improve the sector overall.”

Hemdan El Gebaly called on the state to inspect the results of crops based on the annually cultivated area to place solutions to reduce losses and confirm the importance of awareness of food safety.

He pointed to the importance of abiding the local market to minimum standards of quality, at the level of the domestic market and exports, so as to eliminate the idea of separation, which was reported on the Egyptian market in the past period.

“The state is in a race against time to implement more reforms. They are working in a hard situation to overcome the obstacles,” he said. “We can say that the minimum reforms are available to all.”

El Gebaly also called on the companies working in the agricultural sector to pay attention and adhere to the international quality standards and always be ready to enter new markets, in order to maintain the reputation of Egyptian products in those markets, thus contributing to boosting exports.

He pointed out that the interest in the training of workers in the sector is achieving strong productivity achievements, and the spread of awareness of good agricultural practices is benefiting the sector by reducing the losses of quantities destined for export and thus expanding further in foreign markets.

Moreover, he said that the state also has the issue of development, where the dissemination of a particular culture in a particular way needs great efforts, especially as it ultimately contributes to the economy in an integrated manner.

He added that the role of regulatory bodies should be increased in terms of the safety and quality of export and local market products, increasing the capacity of storage and storage in ports, and facilitating the procedures for the production inputs necessary for export operations.

He pointed out that the embargoes imposed on Egyptian products in a number of Arab markets should be viewed differently and considered a severe warning of the necessity of complying with the standards and specifications required by each country.

Finally, Hemdan El Gebaly stressed the importance of the African market to the company, given its promising export opportunities. He noted that the company is already in collaboration with clients abroad to ship to African markets, especially in Ivory Coast, Cameroon, and South Africa.