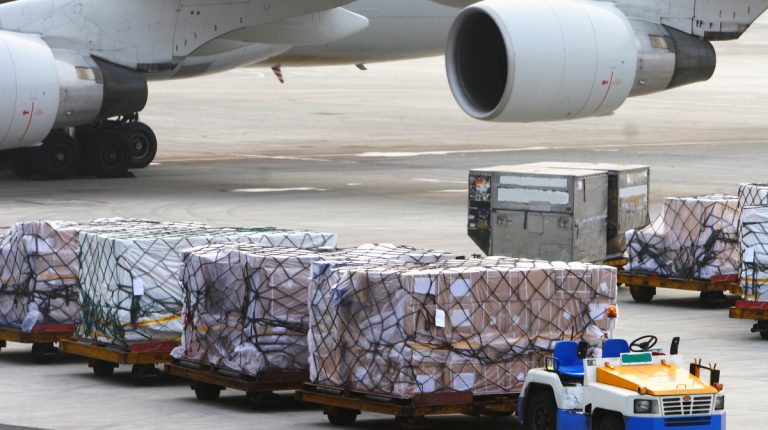 Venus International Transport contracted with two airlines in Saudi Arabia and Ethiopia, next to an agreement to exploit space on commercial flights on Emirates Airlines and Magma Aviation, to provide shipments for Egyptian agricultural exports.

Vice Chairperson Ahmed Fouad said that 98% of the company’s business is air shipping of Egyptian agricultural exports to European markets, adding that air shipping is characterised by small quantities of great value.

He pointed out that air cargo only accounts for 2% of world trade, versus 98% through maritime and land transport.

He added that air transport, despite its market share in terms of quantities, represents 30% of the value of transported goods.

Fouad estimated the quantities moved by the company in the last season at 45,000 tonnes, up by 15-20% from the year before. The company transported about 16,000 tonnes since the beginning of the current season in mid-November 2017, up by 20% compared to the same period last year.

He refused to predict the growth in air shipping this season, given the sensitivity of the sector despite the growth witnessed in the first 60 days of the season, being linked to many internal and external factors that could affect the quantities.

He explained that air transport companies that provide services to Egyptian exporters should be characterised by the rapid provision of export spaces, as soon as requests are made. For instance, he said exporters could ask to increase or decrease the agreed quantities 48 hours before shipping and the company must handle it.

Fouad said that the company relies on three essential pillars to transport Egyptian agricultural products from Egypt to the European market primarily through EgyptAir for air cargo, either through spaces on passenger planes or cargo planes.

If there are no places available at EgyptAir, the spaces available on foreign airlines on scheduled flights would be used, and leasing foreign cargo planes would be a last resort.

Fouad estimated the company’s business size in the first 60 days of the current season at over 16,000 tonnes, with an average of 300-340 tonnes per day, noting that the available EgyptAir spaces could only handle 100 tonnes, while the rest was secured with other airlines.

The export season of vegetables and fruit continues for a period of eight months, beginning in mid-October to May of the following year. December and January are considered peak season and output 35% of the overall season.

Fouad pointed out that the shipping process was suffering in 2011 and 2012 from congestion at airports, after some countries decided to put the responsibility of securing shipments on exporting countries, instead of 10% only.

He explained that the decision caused much chaos, as only one x-ray machine was available. The problem lasted for an entire year, before acquiring 6-8 devices at the cargo hall at Cairo airport, next to two refrigeration halls.

Fouad noted that the company transported about 2,800 tonnes of agricultural products between 25 January 2011 to 11 February, despite the political tension, curfew, and flights halted from Egypt to several countries.

He added that the foreign airlines were refusing to land Cairo for transit, and if they did, pilots refused to stay, and would instead route to Jeddah, Saudi Arabia, return to load shipments, and take off again.

Fouad said that the air shipment in the current season witnessed a different problem, as global airlines transformed into three large economic blocs, namely China, Europe, and the USA.

He pointed out that the three blocs account for 80% of world trade, which forces most companies to move to these markets only.

He explained that the cost of transport between China and Europe ranges from $6 to $10 per kilogram, and up to €20 between Europe and America, versus $1 from Egypt.

He added that Venus International Transport was aware of the problem early on, hence, it contracted with several airlines in October before the season began, including Saudi Arabian, Ethiopian, and Jordanian airlines.

He pointed out that the most prominent products carried by the company from the Egyptian market to Europe include strawberries, grapes, green beans, and peaches, adding that Morocco, Kenya, and Senegal are major competitors, next so Spain which enjoys geographical proximity.

In another context, Venus International Transport has started procedures to establish a new company named Venus Air Cargo for the transport of all goods, both on airlines and ships. The company will be launched in the coming 45 days.

Venus International Transport aims to transport 1,000 tonnes of commodities using the new subsidiary during the first two years from launch via air transport.