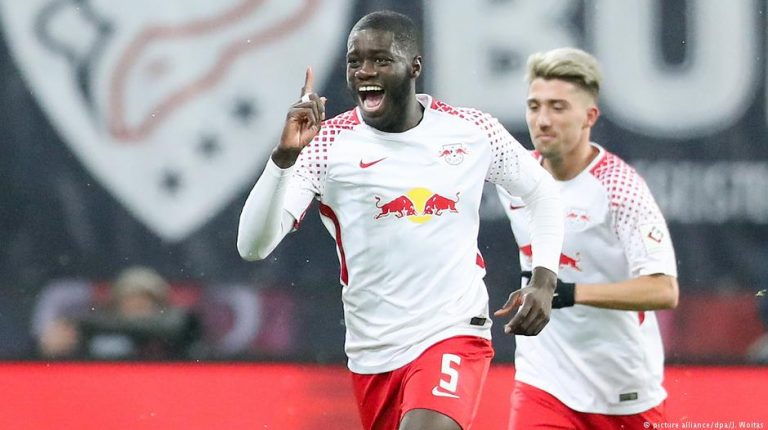 RB Leipzig hosted Augsburg in the snow and while the temperatures were low, the quality on show from the hosts was high. All the latest on the action in Germany’s top flight.RB Leipzig 2-0 Augsburg
(Upamecano 17′, Keita 70′)

Leipzig earned a gritty win at home against a battling Augsburg side that offered too little in attack.

After a feisty opening quarter of an hour, Dayot Upamecano slid in to convert a rebound after Marwin Hitz had saved Yussuf Poulsen’s spectacular effort. As snow fell, Augsburg tried to find a way back into a foul-ridden game. After Leipzig missed chances to put the game away, they had their goalkeeper to thank as Peter Gulacsi palmed away Augsburg captain Daniel Baier’s curling effort.

That chance was almost all the visitors had to write home about and Leipzig soon found a decisive second. Naby Keita’s direct free kick took a wicked deflection off Martin Hinteregger and landed in the net. The win lifts Leipzig into second, reducing Bayern’s overnight lead at the top of the Bundesliga to 15 points.