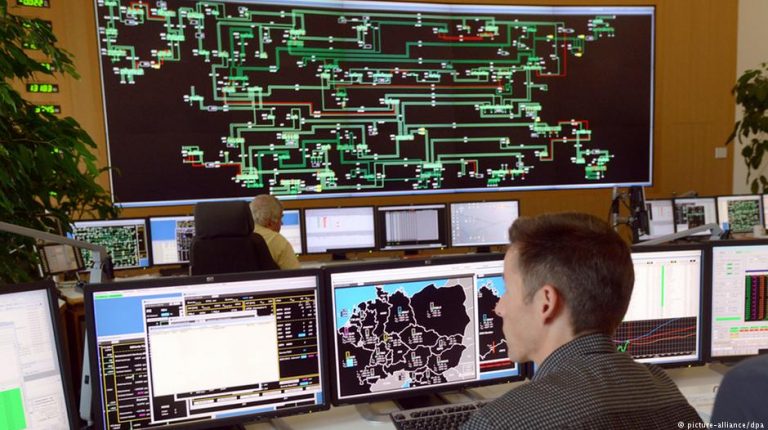 The world’s largest electric utility aims to acquire a stake in 50Hertz — a joint venture which owns a huge chunk of the German electricity grid. The plan is likely to stir controversy over China’s influence.German grid operator 50Hertz said on Friday that State Grid of China Corporation (SGCC) was in talks with its owners to buy a 20 percent stake in the German company. 50Hertz is one of four companies operating the German electricity grid, and is serving around 18 million customers in eastern Germany and the city of Hamburg.

The Berlin-based company said it welcomed the bid by the Chinese grid operator, which is the world’s largest electricity company and the second most valuable company in the world after US retailer Walmart. 50Hertz chief executive Boris Schucht said the Chinese investment would spur company efforts to make the German grid fit for the current build-up of renewable energy.

“We want to make progress in this area with an expanded group of partners,” he told the German business daily Handelsblatt.

50Hertz is responsible for transporting a growing amount of electricity from German wind farms in the Baltic Sea to the onshore power grid. In 2017, there were 102 offshore wind turbines with a combined capacity of 339 megawatts (MW) feeding into the grid. However, a further 33 units totaling 167 MW are still waiting to get connected to landlines, due to a massive investment backlog.

State-owned SGCC owns much of China’s electricity grid and has recently bought into grid operators all over the world, including in Australia, Brazil, Greece and Italy.

The Chinese are in talks with Australian investment fund IFM, which owns 40 percent of 50Hertz in a joint venture with Belgian grid operator Elia, holding 60 percent. IFM now wants to sell half of his stake, although Elia is believed to have an option to pre-empt the Chinese purchase. The proposed purchase price has not been revealed.

50Hertz said it hoped the transaction could be completed by the summer, given Elia’s approval and barring any objections by German regulators. The latter, however, could turn out to be a vague hope in view of German calls to protect the country’s crucial infrastructure from foreign takeovers.

Following the takeover of German robotics company Kuka by Chinese conglomerate Midea last year, some politicians have demanded the government must stop the sell-out of important German companies to Chinese interests.

According to consultancy EY, Chinese companies spent a record amount of money on acquisitions in Germany last year, investing €13.7 billion ($16.8 billion) in buying stakes in 54 companies or taking them over as a whole.