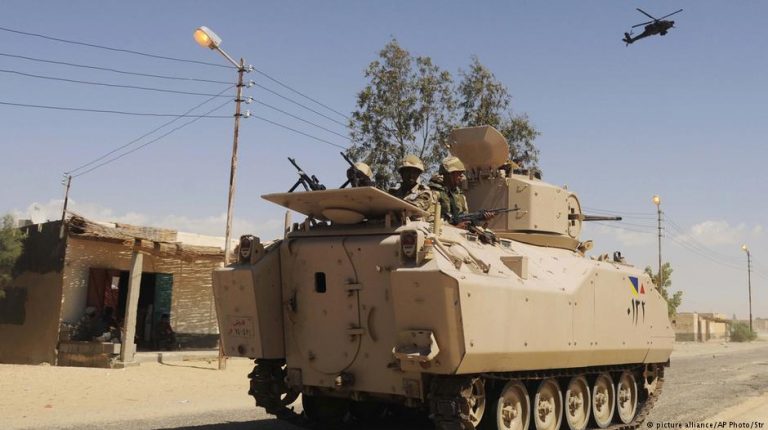 The Egyptian Armed Forces announced on Sunday destroying 66 targets that were used by militant groups as safehouses during the ongoing military operation Sinai 2018. Sixteen extremists were also killed during the fourth day of the extensive military operation in Sinai, military spokesperson Tamer El-Refaei said in a statement.

El-Refaei added that the forces of the Second and Third Field Armies also destroyed four bomb stocks, 13 four-wheel drive vehicles, and 31 motorbikes, as well as arresting four terrorists while they attempted to monitor and target military forces on the battle field. Thirty suspected individuals were also arrested and 12 bombs were controlled.

According to the statement, the military forces destroyed a lab for preparing explosives and a media centre that was used by militants.

On Friday, the Egyptian Armed Forces announced that it has launched an extensive military operation in Sinai to eliminate militants from the restive peninsula. The operation aims to target “dens and ammunition storages that are being used by terrorist elements,” according to a Friday statement. The ongoing operation includes navy, air force, and infantry forces.

Egypt is currently battling several armed groups, concentrated mainly in the Sinai Peninsula, since the ouster of Islamist former president Mohamed Morsi in July 2013. Since then, shootings that target police, army officers, and state officials have become a near weekly occurrence in Egypt.

Since 2013, state security forces, represented by both the military and the police, have been engaged in violent clashes with “Sinai Province”, a group previously known as Ansar Beit Al-Maqdis. In 2014, the group declared its affiliation with the Islamic State group and has launched deadly attacks on army and police checkpoints.