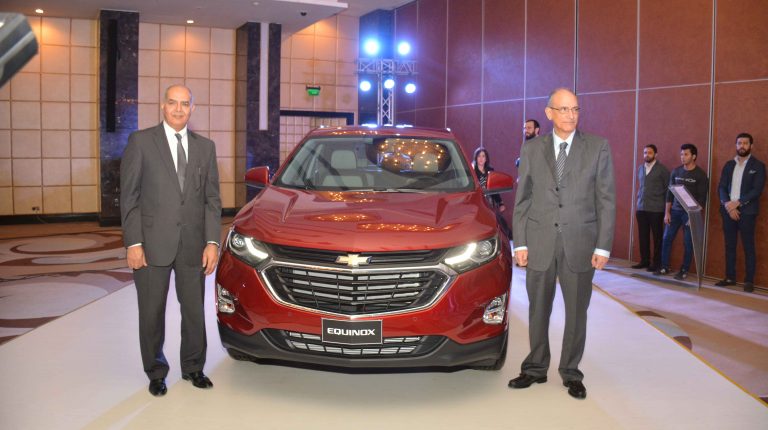 Mansour Group recently launched the latest Chevrolet sports model, the Equinox, for the first time in Egypt. The new car is characterised by a design that balances the requirements of daily life and all the needs and tastes of drivers, coming in two categories, the LS and LT.

Although this is the first launch for Equinox in Egypt, it is not the first launch in the world. The car is the third generation of this model. The first was launched between 2005 and 2009, followed by a second generation in 2009 through 2017. The third edition is being offered in Egypt at the same time as in other countries, serving as proof of the Egyptian automotive market’s recovery.

Equinox, with its models LS and LT, is powered by a 1,500cc engine with turbocharge, a six-speed automatic transmission, a 170 horsepower front-wheel drive, an average fuel consumption of 8.11 litres per 100 kilometres, and a 56-litre fuel tank.

Chevrolet was careful to include all safety features in the car, starting from offering advanced safety technologies like ABS, ESP, EBD, parking assist, and four airbags, in addition to front corner sensors, rear camera, and child seat stabilisation system.

The LT category also comes with a remote control to start the car. The headlights are of high performance (HID and LED) with automatic control, double automatic air conditioning, 18-inch sports wheels instead of 17, front sensors, rear camera, and automatically dimming interior mirror.

Inside both categories of the Equinox, there are large storage spaces, a start button for the car, speed stabiliser, seven-inch colour touch-screen, and AM/FM stereo which includes Bluetooth audio streaming capability for music and six speakers. The car is offered in seven colours: white, black, mocha, red, grey, blue, and silver.