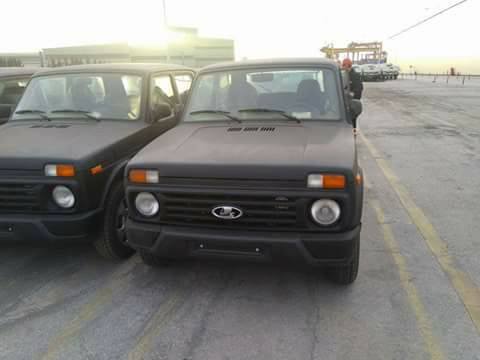 Walid Galal Eid, director of technical affairs at Al-Amal Co for Foreign Trade, the Egyptian agent of the Russian automaker Lada, denied the re-launch of the Niva model in Egypt.

Over the past few days, rumours spread on social media showing Niva models at ports.

These pages claimed that the cars parked at an Egyptian port, and that they will be on the market within days.

Eid said that Al-Amal is the exclusive agent for Lada and they are the sole party responsible for importing and distributing the company’s models in Egypt, noting that there are no plans to re-offer Niva again in the local market.

The Niva model was first launched in Russia in 1977. It is now called the 4×4 model in Russia, coming in five categories: 3 door, urban, 5 door, urban 5 door, and bronto. The car is powered by a four-cylinder 1,700cc engine, generating 83 horsepower and linked to a four-wheel dual transmission system.