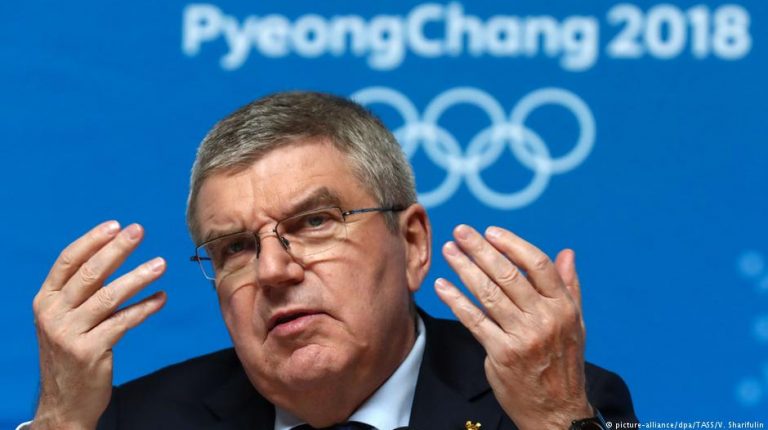 IOC spokesman Mark Adams said North Korea invited Bach during a meeting between the IOC and the two Koreas on January 20.

Read more: Opinion: You can’t expect sport to save the world

“All the parties concerned have welcomed this invitation to North Korea,” Bach said. “We are talking about this convenient date in order to continue the dialogue on the sports side. We will see when this is going to happen,” he added.

The Games in South Korea are due to finish on February 25. North Korea decided to join the games in Pyeongchang following encouragement from the South and IOC that the North participate as a gesture of peace.

The 2018 Winter Olympics was the first time in 12 years that the two Koreas had marched together at the opening ceremony, and the unified women’s ice hockey team was the first time ever that an inter-Korean team had competed at an Olympic Games.

On Saturday, Kim Jong Un’s sister Yo Jong invited South Korean President Moon Jae-in for talks in Pyongyang, South Korean officials said. The meeting would be the first meeting of Korean leaders in more than a decade.

Tensions surrounding North Korea have been increasing in recent months, especially after Pyongyang last year tested rockets capable of reaching the US mainland and detonated its most powerful nuclear device to date.

Moon has been using the Games to pave the way for talks over the North’s weapons program.

Read more: Jim Mattis: ‘Too early’ to tell if Olympics can reduce tensions between Koreas

US Defense Secretary Jim Mattis on Sunday said it is not yet clear whether the Olympics would be enough to ease tensions between the North and South.

“It is too early to say if … using the Olympics in a way to reduce tensions, if that is going to have any traction once the Olympics are over, we can’t say right now,” Mattis said.