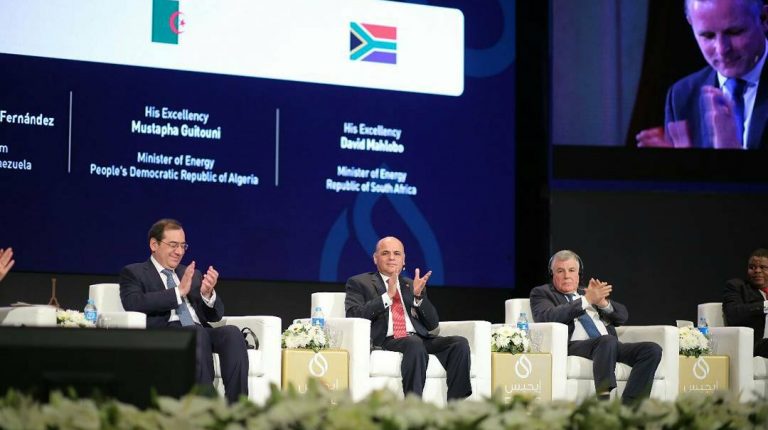 “Subsidy reform is a challenge for most developing countries; Egypt has suffered a lot from the country’s long-term subsidy strategy. When we implemented subsidy cuts, as a result, consumption decreased and renewable energy became more feasible,” said Tarek El-Molla in the ministerial session of the 2018 Egypt Petroleum Show (EGYPS).

“We are promoting Egypt and the oil and gas (O&G) business through various activities. Our turning point was 2013, after two years of instability, insecurity, and economic hardship, we decided to implement reforms,” he added.

Furthermore, El-Molla explained that Egypt’s partners in the upstream or downstream are an integral part of success, and that the government had to convince them that they are really committed to implementing reforms and eliminating bureaucracy.

He added that “over the last four years, we have signed 83 exploration agreements. We cannot motivate our partners only with agreements but we must repay our overdue obligations. We have a big gap between supply and demand and I believe that will change before the year’s end.”

Venezuela’s Minister of Petroleum Manuel Fernandez said, “EGYPS is such an important event. When we speak about the old market globally, and lessons that we can learn from this time, we are facing some milestones, events like this show everyone that the gas market is very important for investors, consuming markets, and producing markets.”

The Venezuelan minister explained that there are lot of challenges ahead of the industry, and that Venezuela has been participating in the declaration of cooperation between OPEC countries, to achieve benefits for everyone. “We are currently developing with the Caribbean islands; many of these countries are not capable of producing the energy they need. Energy is the future, and we have been trying to democratise oil access in the world,”

He continued, “Venezuela has always been promoting the idea that O&G could unite countries. We are developing joint ventures with 20 international oil companies, and we are putting humans first. We suffered a lot in 2013 and 2014, but we never fired a single worker in our country.”

Furthermore, Algerian Minister of Energy Mustapha Guitouni explained that his country is exploiting one-third of its total area of resources. There are plenty of opportunities in the country, but we also need to revise our laws and reduce bureaucracy to attract more investments.

South African Energy Minister David Mahlobo commented, “from our point of view, energy is essential for prosperity, as it offers an opportunity to change lives. We are one of the net oil and gas importers, but we are here to have a discussion, to collaborate as producing and consuming countries. If the prices stabilised at $70,70 [per barrel] you would be able to plan ahead accordingly.”