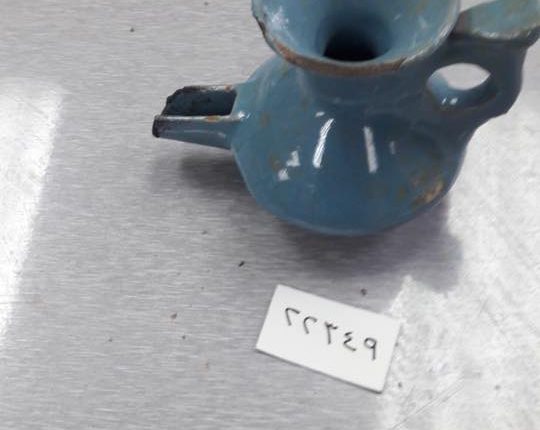 The Ministry of Antiquities is to transfer 124 artefacts from the Islamic and textile museums to be showcased at Sohag National Museum, which is planned to be opened in a short period of time, according to a press release on the ministry’s official Facebook page.

Elham Salah, head of the ministry’s museums’ sector, stated in the press release that 108 remarkable pieces were selected from the Museum of Islamic Art. The artefacts have been well prepared for the move, and are now waiting for officials to decide on the best transferring techniques for the pieces to be delivered safely on the long journey from Cairo to Upper Egypt.

Among the artefacts to be transferred are a collection of crockeries of different sizes, shapes, and colours, as well as a tea jug. The collection also includes a set of portraits made of wood, as well as a textile painting that portrays a scene at a rural area where a man stands near a river.

Also, among the pieces that are going to be displayed at the museum are a small Persian manuscript that tells the Arabic heritage poem, Layla and Majnun, written by prominent poet Ahmed Shawky, which tells the love story that took place in the seventh century between Qais ibn Al-Mulawah and his lover Layla. This is in addition to hand written Qur’ans that date back to 1170 of the Islamic calendar.

Sixteen artefacts will be taken from the Egyptian Textile Museum to be displayed at the Sohag museum. The collection includes embroidered statue covers, and remains of a child’s outfit made of flax, as well as a cover of the Kaaba.

Work on the Sohag National Museum started in 1993, but stopped due to logistical reasons, before continuing in 2006, only to stop again after the 25 January revolution. However, the work restarted for the second time in 2016 and is now close to completion.

On another front, within the framework of the Supreme Council of Antiquities efforts to select a number of artefacts from storages of the Ministry of Antiquities to exhibit for the first time at the Egyptian Museum in Tahrir Square and the Grand Egyptian Museum, next week, more artefacts for showcasing will be chosen from Saqqara archaeological storehouses.

Supreme Council of Antiquities Secretary General Mustafa Waziri selected a number of false doors, offering tables, painted wooden coffins, as well as other distinguished artefacts to be exhibited within the museum displaying plan.